Where in the World is Mary Grace? (Or, why Apple Maps makes the iPhone and iPad dumb devices in the Philippines)

Smartphones are wonderful, if sometimes creepy things. They are aware of where we are and that allows them to give us information relevant to us. The most useful of these features is maps and locations. Last Saturday night I tried to search for the nearest Mary Grace Cafe branch, and Apple Maps proved to be rather useless.

This something that everyone else gets right. An Android phone using Google Maps has no problem finding every single branch for you. A simple "mary grace" search, gives you the cafe and other places similarly named, with the cafe, being the most prominent Mary Grace in the Philippines, being highlighted in the results. 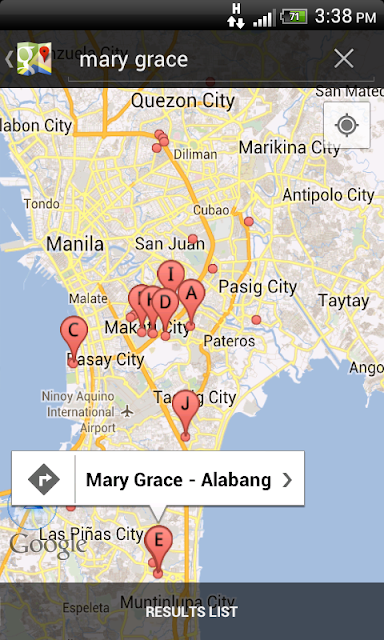 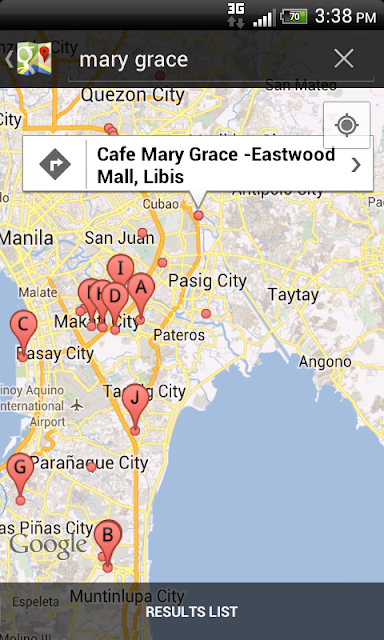 Clicking the results list allows you to scroll through all the hits. 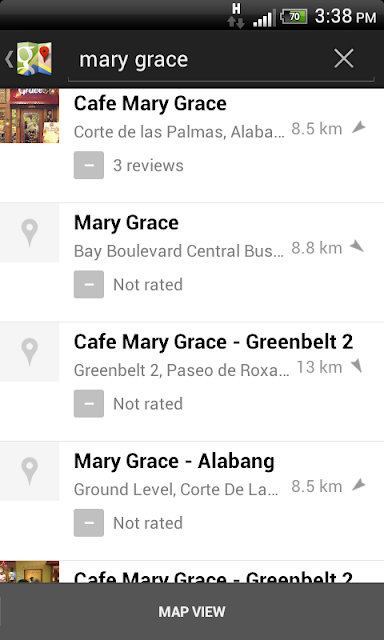 Google Maps or Locations (whichever app you decide to use) will also give me directions. 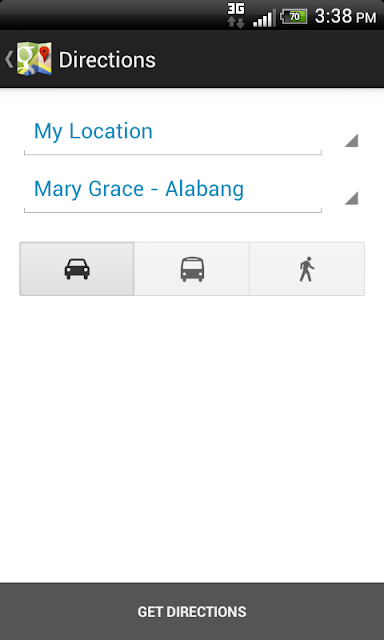 When Windows Phone joined the fray, it biggest disadvantage in the Philippines was Bing Maps. With Nokia Maps, a Windows Phone can not compete with Google Maps and Locations. Not always having a Windows Phone device to I asked @levine of TipidCP to help me out. 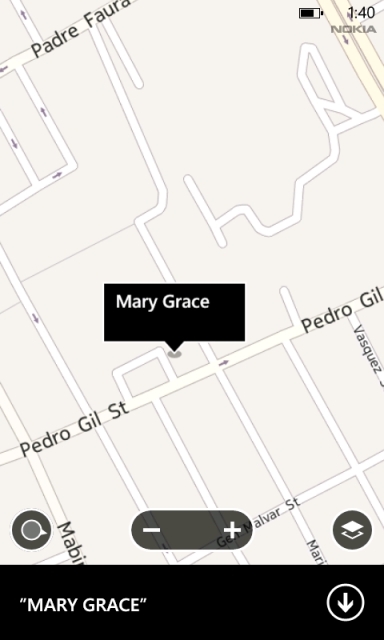 As you can see, Windows Phone 7.5 will find the closest relevant entry to you, show you other relevant hits and give you driving directions. 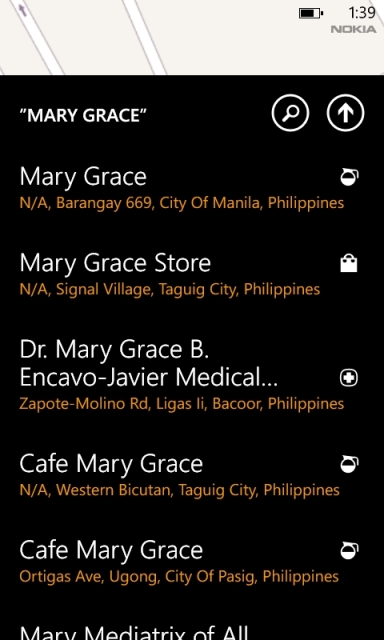 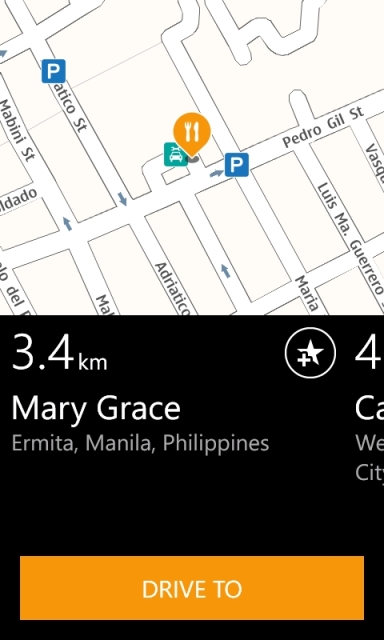 As you can see, the Nokia Maps and results are not as polished as Googles. On the other hand Nokia does give you offline voice guided turn by turn navigation. Google will not give you voice guidance and you cannot do it offline.

Before iOS 6, Apple iPhones and iPad used the same excellent Google Maps service. Since iOS 6, they  use Apple maps.

What does the iPhone do when I search for Mary Grace. It wants me to buy a ticket, fly to the United States and visit a Catholic Church there.

Over time Apple can populate the missing info. The problem is, before they do that they have to fix the maps they are using.

Basically, Apple smart iPhone and iPads have are not so smart in the Philippines. How long before this is corrected? I do not know.

Siri was pretty useless in the Philippines in 2011 except in answering questions relating to information about other countries or general information. A year later it still is. But Siri was an optional feature easy to ignore. Maps and locations.... well lets put it this way, would buy a phone without GPS and where people cannot sent you the location of your appointments to your address book?

Until Google or Nokia release an iPhone app, buying a new iPhone means giving up smartphone core functionality in the Philippines. If you already own one, do yourself a favor and stick with iOS 5.1.1. Or you could buy third party navigation software from the iOS store. This won't correct all the issues, but it is better than nothing.