Smart has made available its LTE services to pre-paid smartphone owners, available in ether Micro or Nano SIM. A Micro SIM will cost you Php40, while a Nano SIM will set you back Php100. 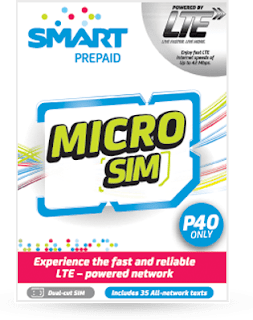 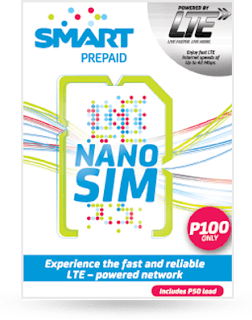 LTE brings data transmissions speeds of up to 42 Mbps. This is theoretical, and in real world use you should expect to achieve less than maximum due to factors like distance from the LTE tower, obstructions and weather.

Smart has listed of compatible phones on its website:

Other phones like the Sony Xperia SP, ZL and ZR should work. Similarly, the new Nokia Lumia 925 is probably also compatible. But as they are not on Smart's list, it would be advisable to test these devices first. Some phones come in different variants which support different LTE bands.  In order for a phone to work on Smart's LTE plans, it must be compatible with the 2100 MHz Band 1 frequency.

Smart's LTE service for smartphones is being offered on a time limited basis:


For more details, visit Smart Prepaid LTE SIMS page at this link.
Posted by Unknown at 10:36 AM