I classify entry level phones as those priced at not more than Php10,000. To make it on the list, the smartphone should run a current operating system which includes Android 4.1 or higher, iOS 6, Windows Phone 8 or BlackBerry 10. There are no iOS 6 or BlackBerry 10 options available at this price range so the entry level is composed of Android and Windows Phone devices.

1. Cherry Mobile Flare (Php3,999) - One of these days we are going to take this phone off this list, but not this month 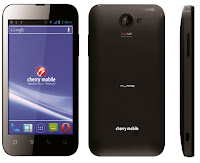 One day, when Cherry Mobile looks back at the phone that made it the leader among the local brands, it will look back fondly at the Flare. Now on its tenth month after release, its Php3,999 price is still a good value for money option. As a testament to how good a value for money option this is, it took nine months for competitors like Arc Mobile and Cloudfone to offer competitive hardware.

The Flare represents the minimum amount of hardware needed for a good Android experience. With a 4-inch WVGA (480 x 800) display, it has what is big enough and sharp enough for you to use productivity apps and enjoy games. This was the size of the display of the first Samsung Galaxy S and is the same size as the display on an Apple iPhone 5.

The 1.2 GHz dual-core Qualcomm-built processor and 512 MB of RAM is just enough to keep the experience pleasant. The Flare is also equipped with 5 MP primary camera with a LED flash, and a VGA front camera. The 5 MP camera is good enough for posting decent pictures on Facebook, but is not a replacement for a real camera. The 1500 mAh battery is just about large enough to get you past a work day.

Not terribly exciting hardware, but good enough for the Php3,999 asking price.

Quick specifications of the Cherry Mobile Flare:
If your budget is a bit tight, this is a decent enough phone. But if you can spare another 2-3K, the next phones on this list are really much better.

You can read more about the Cherry Mobile Flare at this link. 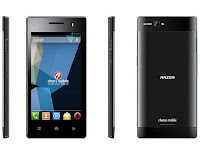 The Cherry Mobile Razor offers some amazing hardware for the money. It is a big step up from the Flare, being twice as fast as the Cherry Mobile Flare. In fact, the Razor has the same quad core MediaTel MT6589 processor and 1 GB of RAM you find in phones twice the price.

The Flare also comes with a larger display than the Flare, at 4.5-inch qHD (540 x 960) unit, which I personally think is about as big a smartphone should be.

The Razor is not only about killer specifications at a low price. It also brings in a lot of style to the budget class. Just 7.7 mm thin, the Flare is 0.1 mm thicker than an iPhone 5, and thinner than a Samsung Galaxy S4.

Now it is not all good news. Several software glitches have been reported by users. But Cherry Mobile has proven in the past that it will update the software on its phones when need, so I have no problem recommending this one despite a few issues. 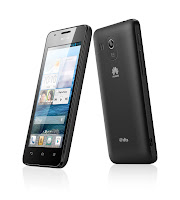 The Huawei Ascend G525 has nearly identical specifications as the Cherry Mobile Razor. In many ways it is a step down. The Qualcomm S200 chipset on the Ascend G525 is not as fast as the MediaTek MT6589 chipset on the Razor. It should be around 20% slower. The phone is also much thicker than the Razor, just under 10 millimeters. The Ascended G525 also does not come with a LED flash. So why put it on the list?

A fair number of readers want a branded phone, and not one of the locally branded devices. If that is what you want, this is the best in the market.

It was a pretty tough decision on whether the Cherry Mobile Omega HD 2.0 or the Cosmos X, should make it on the list. In the end, I opted keep the Omega HD 2.0 on the list. At Php8,999, it is the lowest cost handset that represents the current concept of what a modern Android phone has morphed into.

The Omega HD 2.0 has the same processor and RAM as the Razor and mates it with a 5-inch 720p display and a quad core processor, if you are looking for a budget priced alternative to the Samsung Galaxy S 4 or HTC One, this is the starting point.

Quick specifications:
I compared the Cherry Mobile Omega HD 2.0 and Cosmos X at this link

Quick specs:
Phablets get to the point of being ungainly, in terms of size. On the other hand, it is precisely its size which makes the phablet a more useful device, combining the benefits of a tablet and a phone.

Not everyone wants an Android. Windows Phone 8 is a good alternative. Windows Phone 8  has a nice clean user interface and is probably easier to learn to use for first time smartphone user. Facebook and Skype are integrated into Windows Phone 8, both of which services are pretty popular in the Philippines.

The Windows Phone ecosystem has about 150,000 apps, which is a fair bit less than the 1,000,000 apps you will find for Android. Still, the Windows Phone market has a good selection of productivity, communications and social apps. Windows Phone also comes with Microsoft Office installed and Nokia Here, which has offline voice-guided turn by turn navigation. There are other good Windows Phones below 10K but you will have to pay extra for Nokia Here.

The one smartphone user group who should avoid the Lumia 520 is the gamers. Windows Phone 8 devices have a much smaller selection of games, and the 512 MB of RAM on lower cost Windows Phone limits your choices even more.