The Sony Xperia Sola is now available in the Philippines. It can be found for as low as Php15,300 with an official Sony Philippines warranty. 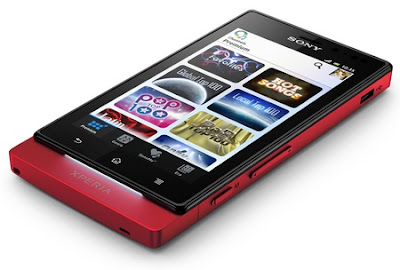 With a 3.7-inch LCD display with 480 x 854 pixel resolution, a dual core 1 GHz processor and Mali 400 graphics inside and 512MB of RAM, this could be that low cost jewel we try to find in every bunch of cellphones. Let me explain. With each batch of new releases we usually try to identify the mobile phones which are good enough in terms of specializations so that buyer does not regret nit having bough a higher end phone, and looking for the one that meets this requirement at the lowest price.

In 2010, the LG Optimus Black and later the Sony Ericsson's Neo V fit this role of being good enough for most people use, that getting something more expensive might not make any sense. Right now it looks to be the solo, with one big caveat.

The Xperia Sola comes out of the box with Android 2.3, but Sony is rolling out Android 4.0 for its Xperia devices right now. So we expect this phone to be running Android 4.0 within this month. So, it meets the requirement for being a current up to date device. 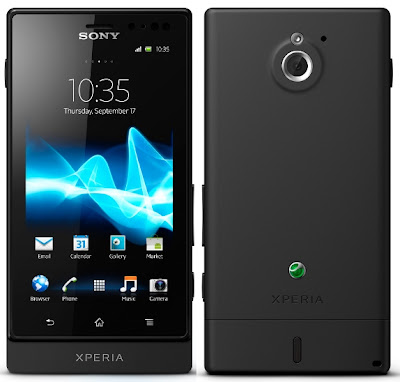 While the Optimus Black and Xperia Neo V can still be found at good prices, a year has past since we looked at this two phones as great bang for the buck options. This year, we would like more power, and the Xperia Sola with is dual core processor and Mali graphics does provide the needed power boost. Note though, that despite the dual core processor and high end graphics, video capture is still limited to 720p.

Another thing we expect from an Android phone today is more internal storage. For this year we would want more than a few hundred megabytes or a gigabyte or two. The Xperia Sola hapilly delivers with 8 GB of internal storage, of which 5 GB is user available. The 5 GB is expandable via a MicroSD card slot.

The 5 MP camera is on the Xperia Sola is pretty good, and has the a strong feature set which you would expect from a 2012 Android phone. This include  smile detection, geotagging, image stabilization, Sweep Panorama and 3D Sweep Panorama. While video capture is limited to 720p, the camera does produce good quality video and features auto-focus.

So this meets all the requirements to an heir apparent to the Optimus Black and Xperia Neo V.  How does it far against its competition.


You so have the new HTC One V and Huawei U8860 Honor which are about 1.5K cheaper. But those phone are single core devices. For 2.4K more you have the Galaxy S Advance, with a larger display and more RAM while providing dual core power too. The only problem is we are not sure if the Galaxy S Advance will be updated to Android 4.0.


One caveat, the phone comes with a small 1320 mAh battery.  For this class of phone, we would expect a larger 1500 mAh unit. We so not have battery life test for this phone, so we are not sure if the the battery will be an issue. Sony promises 6 hours of talk time and 6 hours of video playback. Not great by todays standards but enough to get you by. The battery is not user replaceable, but looking at the phone with the back panel removed, it looks like an easy enough job for a technician to do, so we do expect it can be replaced by the local Sony service centers.


By way of trivia. This is the first floating touch phone. Floating touch allows you to manipulate the display without actually touching it. I am not sure of how much us that is.


When you consider all this factors, it looks like the Xperia Sola is the mid-level phone which a person can buy without regretting not having spent more.


Update: We have a post on battery life tests for the Xperia P, which is similar in terms of hardware to the Xperia Sola, and the results are disappointing.