The middle of the year is a tricky time for smartphone buyers. At this time you have the flagship Android smartphones in the market, with the next Apple iPhone,  next generation of Windows Phone handsets a few months away and RIM transitioning to a completely new operating system. In our previous guides, we define high end smartphones as those with retail prices over Php20,000. But with the suggested retail prices of moving up a bit, we are adjusting the floor upwards Php22,000.

What do you expect from a flagship phone today? Late last year, the Samsung Galaxy Nexus and the Galaxy Note moved 720p HD (720 x 1280/800 x 1280) setting a new standard mobile devices. At the same time Nvidia, Qualcomm and Samsung announced new more energy efficient chipsets. Using these two as guidelines in selecting a new phone, we only have two "modern" Android devices in the market, the Samsung Galaxy S III and the HTC One X.


Note: Prices are for units covered by manufacturer warranty.

The Samsung Galaxy S III is the best smartphone even built. It has a large 4.8-inch SuperAMOLED 720p HD resolution display, fitted into a slim 8.6 mm case, and thanks to a large 2100 mAh battery and power saving chipset the phone can give you over 10 hours of continues talk time or video playback. For web browsing, it can give you over 5 hours of web browsing time on a single charge. With an excellent camera with near zero shutter lag and burst mode, smooth video capture, this phone really has not weak points.

Samsung has sold over 50 million Galaxy S phones, and the Galaxy S III will continue this streak. Basically, Samsung took its best of 2011 Galaxy S II, increased the size of the display by 0.5-inches, double its processing power and increased battery life by 20%. 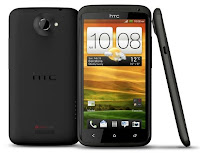 The HTC One X uses the Nvidia Tegra 3 chipset, with the ULP GeForce graphics. This chipset allows it to display console level graphics, and several developers have released "THD" version of their games to take advantage of this. Basically, the HTC One X can display effects in games which other smartphones cannot match.

Deal breakers? The internal storage is 26 GB, with the remaining 6 GB being reserved for the operating system. I suspect this is enough for most users, but if 26 GB is enough this could be a deal breaker. Another issue is that the battery is not user replaceable. Given that you can expect to want to replace you battery within the next two years, this could be an issue. 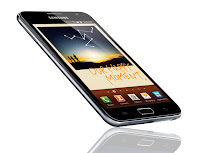 Samsung has sold 7 million of these rather awkwardly sized smartphones. The 5.3 inch 800 x 1280 Super AMOLED displays on the Samsung Galaxy Note makes it a bit big for a smartphone, on the other hand the larger display also mean that the device is a more useful viewing and productivity tool. Basically, as big as smartphones have gotten, the main limiting factor as to how useful they are is the screen size. That is why tablets are so popular.

The Samsung Galaxy Note walks the middle road between the two. It is much more portable than a tablet. It is much larger than a smartphone. The addition of a pressure sensitive stylus it makes it an excellent platform for photo editing and note taking. Despite the new Android phones released after it, when it comes to a hand held productivity tool, this is still the king of the Android world.


While the high resolution display is up to date, the chipset inside is not the laterst in the best, but this is a seven month old device. Samsung has dropped the suggested retail price, which makes it a good deal for the money.

The 1.4GHz single core processor and Adreno 205 graphics is really circa late 2010 technology. The 480 x 800 pixel resolution of its 4.3-inch display really falls behind the current HD displays. Video capture is limited to 720p HD and the 8 MP camera is not as good as the units on the latest Androids or Apple's iPhone 4S Microsoft is trying to brainwash you into thinking phones do not need more power than this. The reality is that the Windows Phone 7.5 operating system, does not support multi-core processing as it is based on the old Windows CE.

So while Microsoft tries to sell on on why less is more, this month it will unveil Windows Phone 8 which provides multi-core support, support for higher resolution displays and is built over a whole current Windows NT kernel.


So why recommend it? Well it is hard to ignore a phone that has some features that would cost you a lot on an Android's and iPhone. Google Maps offers voice guided turn-by-turn navigation, but in the Philippines you do not get voice guidance. Nokia has put its OVI maps, now named Nokia Drive, in its Lumia phones, which gives you voice guided turn-by-turn Navigation. You could add third party software to your Android or iPhone, but this will cost you another 1.5-2K to get maps for the Philippines alone. There will be an additional cost of getting maps for other countries. If you travel a lot, this will cost you another several thousand pesos.

Nokia also bundled its Nokia Monster Purity Headset. A headset of this quality will cost you around 3K in the market.

Basically, it you don't care for the headset or the voice guided turn by turn navigation, well do not get the Nokia Lumia 900. On the other hand, if you do like the headset and navigation features, essentially you are only paying 21K or or so for the phone.

It's a short list, but when you are spending this much money, you are looking for a device that will remain as a viable platform for at least two years from the time you buy it. The Nokia Lumia 900 is the one that looks like it will enter obsolescence among the four, but with strong US sales for this model, there is a fair chance of good long term support.

What about the other newer Android phones?

The Samsung Galaxy Nexus is still a fine choice, but being offered by Smart Communications at Php30,000 it really does not make a good money for value choice. It has half the power of the Samsung Galaxy S III and the HTC One X, while struggling to match the battery life of these two phones. The Sony Xperia S, with its 12 MP camera. But it is really more of a 2011 Android, released in 2012. While its 4.3-inch 720p display makes it look like a current model, the Qualcomm S3 chipset inside is the same unimpressive chipset one we saw in last years HTC Sensation. You also have the Samsung Galaxy S II, priced at between Php23,200 to Php24,990

The Sony Xperia S or Samsung Galaxy S II will set you back 3-4K less than the HTC One X, we just don't think the savings are worth it.


Apple sells a lot of iPhone's but the Apple iPhone 4S is not of our favorites. We really do not think a 3.5-inch non-HD display and 14.4 Mbps connectivity merits the Php36,990 (from Smart) to 37,000 (from Globe) starting prices. Apple does not drop the prices of its iPhone's until the release of the next model. So the best time to buy one is in the three or four months after release.

The current iPhone 4S has decent battery life and a excellent camera, some of its technology was behind the curve when it was released like its HSDPA radio.  With the current iPhone replaces as early a next month, and not later than four months. The new model will incorporate the new power saving chipsets and faster camera's found on the latest Androids, and higher speed connectivity. Also it is rumored to have higher resolution 4.08-inch display. The next iPhone will be much better than the current model. If you want an iPhone, our best advice is to wait a bit longer.

The current iPhone is still a good deal postpaid, where it really wont cost you more than it competition. It is the cash options that do not look very inviting.

Check out our others smartphone buyers guides: