HTC One S - Does it have a niche in the Philippine market? 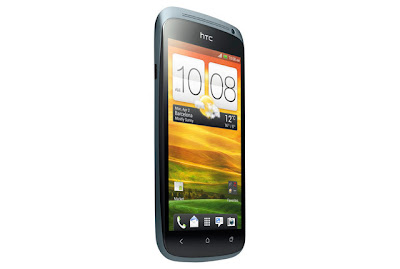 Update article - HTC has finally launched the last of their One series phones in the Philippines,  the HTC One S. The launched was met with excitement the information given was that the Philippines would be getting the HTC One S equipped with the Qualcomm Snapdragon S4 processor and Adreno 225 graphics. The dual core "Kraits" can trade blows with the quad core Exynos on the Galaxy S III and is overall faster than the quad-core Tegra 3 on the HTC One X.


Essentially, this makes the One S a slimmer upgraded version of last years HTC Sensation XE. The hardware changes are as follows:


While we are disappointed with the Philippines getting the Qualcomm S3 version of the HTC One S, it does have some substantial upgrades over the HTC Sensation XE.

The problem is with a suggested retail price of Php26,990 the price comes really close to Sony's Xperia S. On the shelves the Xperia S will cost you a few hundred less than the One S. An this is a problem. The Xperia S has a 4.3-inch display, like the One S, but the Xperia S is a HD display (720 x 1280). The Xperia S also comes with 32 GB of internal storage, 25 GB of which is user available, which is 2.5x more than the user available storage on the One S.