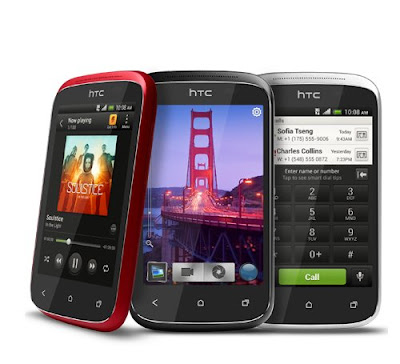 HTC has launched their new HTC Desire C with a suggested retail price of Php10,990 and available for as low as Php10,490. The phone looks nice at first glance with a decent size 3.5-inch display which has a decent HVGA resolution (320 x 480).

The most amazing thing about this phone is that Android 4.0 actually runs on a 600 MHz processor. The biggest problem about this phone is the 600 MHz processor. Enough to run Android 4.0, enough for calls, SMS, social networking, email and instant messaging. If you plan to do anything more with this phone, you are really better off looking at something else. While the HTC Desire C, carries the vaunted Desire name, but it is not a HTC Desire. It is really a replacement for the HTC Wildfire S and Explorer.

Unfortunately HTC hasn't deemed it necessary to give the Desire C a power boost, sticking with the same, sluggish processor found in its predecessors.

This makes the Desire C's user experience a frustrating one, as you find that the handset always seems to be one step behind what you want it to do, even with simple tasks such as reading a new text message.

We also found the touchscreen could be unresponsive from time to time, pressing the same thing three or four times before the Desire C picked up our actions.

For about 1.5K to 2K more you can get the Sony Xperia Neo V. For about 1K to 1.5K less you can find the Sony Live with Walkman. Both these phone run on 1 GHz Snapdragon processors and can be updated to Android 4.0.