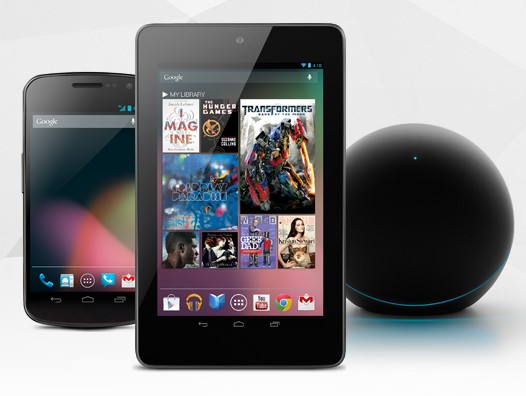 Android 4.1, Jelly Bean, is starting to roll out for the Galaxy Nexus now. The Nexus S and the Motorola Xoom (quasi Nexus) will be getting Jelly Bean in the near future too.

There have been some complaints that Android 4.1 may have come too soon, with Google's OEM partners still completing their upgrades to Android 4.0. On the other hand this could be Google stab at taking control of its ecosystem. For the past three years, we have considered the Google Nexus phone a reference product. Than Google re-opened its online sales network for its Galaxy Nexus, and offered it at a unbelievable US$349 price of contract. With the launch of the Nexus 7 and Nexus Q, Nexus is on the verge of becoming a household name, in the same way Android is.

Imagine a Nexus S buyer back in 2011. After a few months, he may have suffered from buyers regret, seeing the dual core Android's that came out after that. But by 2012, any regret would would have been lost when they got Android 4.0, Ice Cream Sandwich and watch owners of other phones ask when they would be getting their tasty threat. Now the Nexus S Owners eagerly await Jelly Bean, and owners of other devices just receiving Ice Cream Sandwich will be behind the curve yet again.

Google has done what it can to convince its OEM's to update their phones and tablets faster. It made its OEM's commit to an 18 month support commitment. Yet, we see Samsung phones like the Galaxy S Advance, launched months after Android 4.0, with no commitment to an Android 4.0 upgrade.

With the Nexus 7 Google is going into the table market in a big way. The Nexus Q aims to put Nexus in your living room. If the rumor proves true that Google might launch more than one Nexus phone this year than, it could be Google saying if OEM won't provide Android updates in a timely manner, Google will give you phones that will get those updates.

Me, I am convinced, my next Android phone, will be a Nexus phone.