The HTC Desire HD got beaned by Jelly Bean 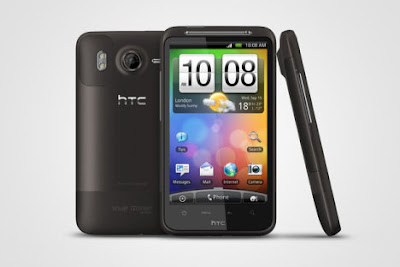 *After extensive testing, we’ve determined that the current version of HTC Sense with Android provides customers with the best experience on the HTC Desire HD. When we consider new versions of software, we weigh a number of factors, but ultimately the customer experience on the product is the deciding factor. We apologize for any confusion this change may have caused our customers. (Source: HTC Blog)

Four month can make a world of difference. HTC was rather vague on why it decided not to update the HTC Desire HD. Looking at the HTC Desire HD this is some of the basic details of the phone:


After announcing the cancellation of the ICS update for the HTC Desire HD, HTC started rolling out ICS for the HTC Incredible S.


It would seem the main reason for cancelling the HTC Desire HD's update is that it was released four month earlier than the HTC Incredible S.

Beaned by Jelly Bean. HTC started updating its phones to ICS in March 2012, four month after the released of the new operating system. It planned to roll out ICS to several phones between March to August 2012. HTC probably expected the next version of Android to come out on October or November 2012 with the launch of a new Nexus phone.

Than something surprising happened. In the end of June 2012, Google announced its Nexus 7 tablet which shipped with Android 4.1. HTC would need to get Android 4.1 (Jelly Bean) on its current phones as soon as possible to help their sales, especially considering HTC sales are down considerably from 2011 figures. HTC announced that the HTC One X, XL and S would be getting updated to Jelly Bean.