Should you upgrade your laptop with an SSD?

The average consumer in the market for a laptop does not pay attention to kind of hard drive installed on a computer, and focuses more on capacity. A Solid State Drive (SSD) which offers much less capacity per peso than a conventional hard and is not popular with the average computer user. But if you have managed to find this obscure blog, you probably are not the average computer user. Should you consider a SSD for your laptop? A desktop user can install an SSD and a conventional hard drive and get the best of both worlds. Most laptops can accommodate only one hard drive. 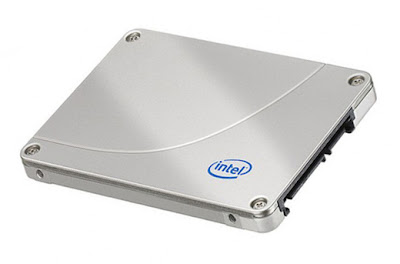 Is a SSD for you? A lot depends on how you expect to use your computer. If you use your computer for typing documents and surfing the Internet, the advantages of an SSD are negligible. You will feel the laptop booth faster, resume from sleep faster and applications will start up faster. The difference is dramatically noticeable. Instead of waiting for the computer to boot for almost a minute, it will start up in about ten seconds or less. Apps launch quickly, almost like they were cached on the RAM. But that is pretty much it.

On the other hand if you are constantly downloading video, video editing, heavy on multitasking or using your computer other disk intensive tasks, the SSD will allow you do to more with less time. The speed boost comes from the fact that an SSD accesses and loads data on the drive 3x faster than a conventional hard drive. This becomes apparent when loading, copying or transferring large files. SSD's also consume less power and should extend the battery life of you laptop as well as are less prone to failure. It will also make your laptop a tad bit lighter.

There is always a downside, and the downside is cost.

So, is a SSD for you? That is something each user has to decide. You would have to check how much space you are using on your hard drive right now. If it is more than 120 GB or 240 GB, is most of the data things you hardly access and willing to upload to the cloud or move to an external hard drive?

I have two laptops right now, one with a conventional 80 GB hard drive (it is a five year old unit which I never have needed to upgrade), the other with a 256 GB SSD. I also have the data on my SSD drive sync'ed to cloud.

The 80 GB hard drive is not enough to store hold my data, OS and apps, so it only locally stores essential files and my large collection of pictures is not stored in it, but can be accessed from a 50 GB Box account. But this is really an old laptop which I have kept for use at home as it still works and selling it does not seem like it is worth it.

The 256 GB SSD is in my carry laptop. Right now it stores about 85 GB of software and data. So for me, I can easily live with a 120 GB SSD, and would gladly swap a 500 GB or 1 TB hard drive for a 120 GB SSD. It will take me several years to use up the remaining 35 GB. For other users, higher capacity is more important than the speed boost of an SSD.

But if speed is more important to you than space, a SSD is the best upgrade you can give a laptop.