I have written about phones and recommend phones that run on Android 2.3.x (Gingerbread) since June 2012. At that time the cheapest Android 4.0.x device in the market was Php6,300. Since, than, the price of an entry level smartphone has gone down to Php3,990. The reason I stopped recommending Android 2.3.x devices is software compatibility. Android 2.3.x cannot run the latest version of Google App's, are incompatible the Google Chrome browser and the same is true for third party apps. Either the app is incompatible or the Gingerbread compatible versions won't be fully featured. 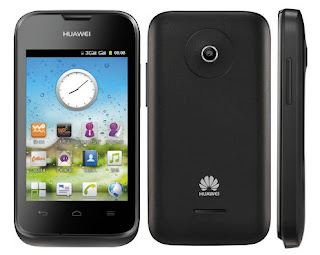 With the newly released Huawei's Ascend Y210D, it makes we wonder whether I should reconsider the decision to exclude Gingerbread devices from the list. Huawei is after all the third largest smartphone manufacturer in the world, behind Samsung and Apple, so if they are still releasing Gingerbread phones, maybe the operating system is not as dead as I think it it.

The Huawei Ascend Y210D specifications are as follows:

Would be interested to hear your thoughts.
Posted by Unknown at 11:19 AM