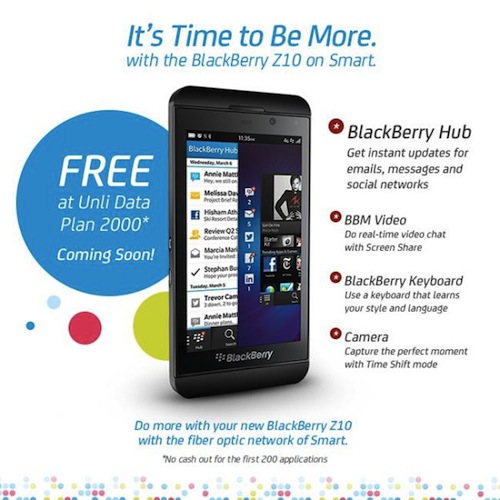 Smart Communications has released a teaser about it BlackBerry Z10 offering.

You can read more about the BlackBerry Z10 at this link.
Posted by Unknown at 9:02 AM