Samsung Mobile US has released a teaser image of what I am guessing is the Samsung Galaxy S IV which will be officially announced in less than three days. 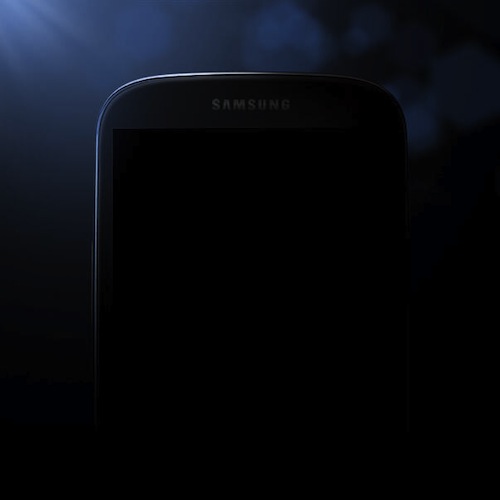 The image shows that the phone will follow the rounded counters of the Samsung Galaxy Nexus and Samsung Galaxy S III. From the outline of the display, this is a picture of the front panel, but oddly enough there is no sign of a earpiece, front facing camera or ambient light sensor.

Well, will find out soon enough.
Posted by Unknown at 10:11 AM