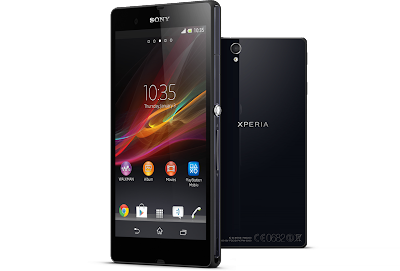 The Sony Xperia Z will be hitting retailers soon, and the one question many potential buyers will have about it is battery life. Powered by a powerful quad-core Qualcomm S4 chipset and sporting a 5-inch Full HD (1080 x 1920) display, the question is will the 2330 mAh battery will be enough. Given that it is not user replaceable, it will have to do pretty well since you are likely to keep it for two years at which point the battery capacity should be down to 70% or less of the original capacity.

I will compare it to the two leaders, the Samsung Galaxy S III and the Apple iPhone 5.

The Apple iPhone with the smallest and lowest resolution displays tops this test. Samsung's Super AMOLED technology is also very efficient in video playback tests. The Sony with a 5 inch Full HD display consumes a lot of power in this test.

The Apple iPhone with the smallest and lowest resolution displays tops this test again. There are a lot of merits to a smaller screen. Samsung's Super AMOLED technology is not efficient in web browsing tests which predominantly use white or light colored backgrounds, but does well enough in this test.