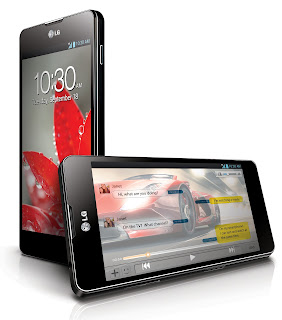 The LG Optimus G was recently released in the Philippines. With a 4.7-inch 720p display it should be more power efficient than the latest 5-inch 1080p Androids. Is there merit to getting what it now a transitional model between last years flagships and todays cutting edge Android phones?

I will compare it to the two leaders, the Samsung Galaxy S III and the Apple iPhone 5 and the soon to be released 1080p Sony Xperia Z.

The quad core Qualcomm S 4 processor on the Sony and LG seems to be very efficient in low powered tasks.


The Apple iPhone with the smallest and lowest resolution displays tops this test. Samsung's Super AMOLED technology is also very efficient in video playback tests. The lower pixel density and smaller display of the LG Optimus G give it the edge over the Xperia Z.

The Apple iPhone with the smallest and lowest resolution displays tops this test again. There are a lot of merits to a smaller screen. Samsung's Super AMOLED technology is not efficient in web browsing tests which predominantly use white or light colored backgrounds, but does well enough in this test. The LG Optimus G is a rather disappointing in this test, with a smaller screen and lower resolution than the Sony Xperia Z. The Xperia Z's battery is 10% larger, but the difference does not explain the result.