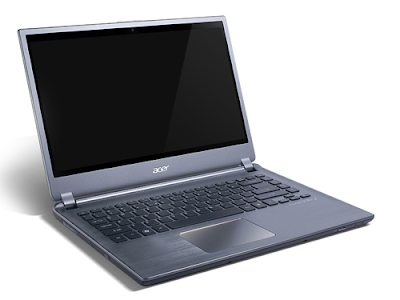 Acers Timeline series started life as a CULV (Consumer Ultra Low Voltage) laptop. CULV's were lower powered laptops which brought longer battery life. The next generation of Timeline laptops, the TimelineX were full powered laptops with higher capacity batteries and slim and light profile.  The Timeline series is now continued by the Timeline Ultra which is a hybrid between an Ultrabook and a gaming laptop. With each generation of Intel processors the Timeline series has lost its niche and is trying to find a new home for the Timeline name. Acer is hoping the new generation of Timeline the right portable for you.
Acer Timeline Ultra M5-481TG-53316G52MASSS is a 14-inch laptop that has features of an Ultrabook. It is a 1.7 GHz dual-core Intel Core i5-3317U Ivy Bridge platform, the same platform used by Apple's MacBook Air and the bevy of new Ultrabooks. It is package in a slim Ultrabook like 0.8-inch thick frame. 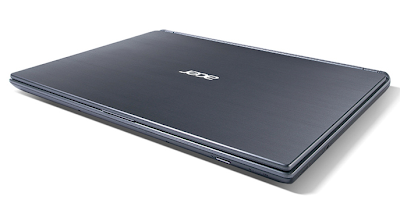 On the flip side, it weighs in a very at 5.1 pounds, which is much heavier than an Ultrabook. The additional heft is due to use of a conventional hard drive, the inclusion of an optical drive and discrete graphics. The Acer Timeline Ultra M5-481TG-53316G52MASSS has a NVIDIA GeForce GT 640M LE Kepler GPU, with 1GB of Dedicated GDDR5 VRAM, under the hood, giving it up to 4x more graphics punch than the Intel HD 4000 graphics you will find in the latest MacBook Air and Ultrabooks.

The Acer Timeline Ultra M5-481TG-53316G52MASSS is a very solidly built laptop with an aluminum lid and palm rest. The rest of the laptop also exudes high build quality which include a battery that has a 1000 charge cycle life which provides over 6-hours battery life in real world use. 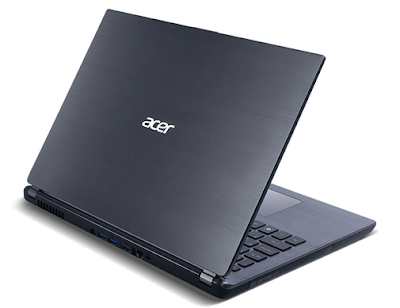 As much as I like the Acer Timeline Ultra M5-481TG-53316G52MASSS, I really am  not too keen on a portable with a 5.1 pound weight. I would have preferred it if Acer had dropped the optical drive. Still, you would only save about 0.25 pounds, or so, from removing the optical drive.


This should have also allowed Acer to make the casing a bit smaller or thinner and save some more weight.  In order to get close to 4-pounds, which is about as much as I am willing to lug around these days, Acer would have to ditch the conventional hard drive for a SSD which would really push up the price.

So what do you think of Acer's new Kepler powered Ultrabook like laptop?