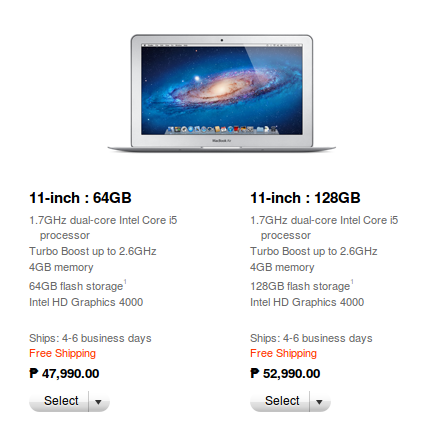 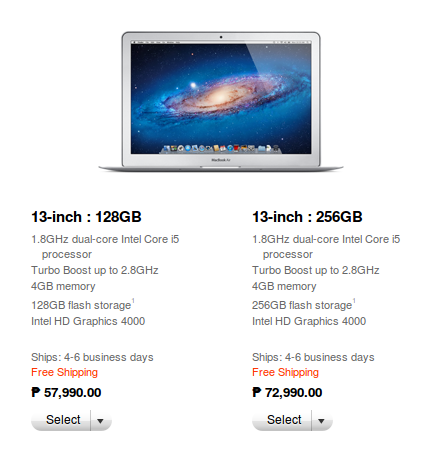 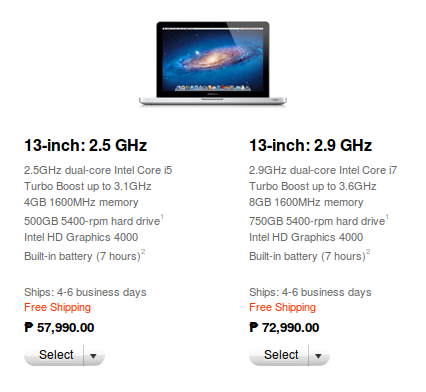 This one is a little more disappointing, since we were expecting a lighter chassis. The MacBook Pro at 4.5 pounds was already feeling heavy, with its main competitor, the Sony Vaio S at 3.8 pounds. With all the Ultrabook being launched, 4.5 pounds does not feel all the portable anymore.

Still if you need an Ethernet ports or optical drive, this in the one for you.

But thankfully, the new 13-inch MacBook Pro also gets a cut in price, being 4K cheaper than last years models. 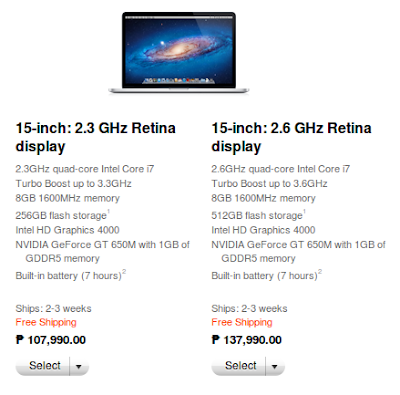 This new 15-inch MacBook Pro's also sport 2880 x 1800 "retina" display. The new display is really just a 220 pixels per inch (ppi) display and does not meet the 300 ppi standard Apple touted as a "retina" display, but really, you really do not need a 300 ppi display.

While called Pro, this really is more an air as it ditches the Ethernet Port and the optical drive.

The new MacBook Air and the 13-inch MacBook Pro are faster and cheaper than last years model, and the new 15-inch MacBook Pro is refreshing with its new light chassis, though it is on the rather expensive side.