Earlier we took a look at a pair of very portable 13-inch laptops, an Apple MacBook Air and Samsung Series 5. Those needing a bit more power and will to lug around a but more weight might want to consider the MacBook Pro or the 14-inch Samsung Series 5 instead. 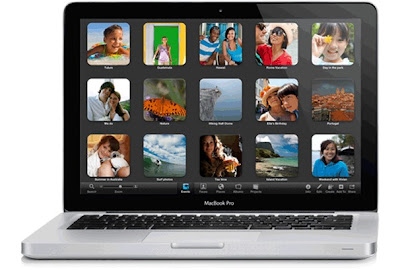 MacBook Pro. The MacBook Pro design is getting a bit out dated. What used to be a slim and light laptop when the design was originally released is looking heavy by today's standards. The entry level 13-inch MacBook Pro sells for the same price as the 13-inch MacBook Air. 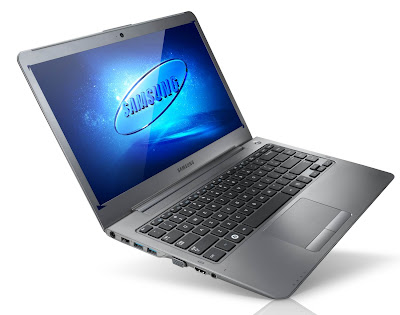 Samsung NP530U4C S03. Samsung though is offering another very viable alternative for mobile users needing more power than the typical Ultrabook. This a large notebook, with a 14-inch, 1366 x 768 resolution display. Still, weighing in a 4.05 pounds it is actually much lighter than the 13-inch MacBook Pro.

The Samsung NP530U4C S03 is a 14-inch Intel Core i7-3157UM (1.9 GHz) powered laptop. For graphics, it has the standard Intel on board graphics plus a nVidia GeForce GT 620M with 1 GB of dedicated RAM. It also offers 6 GB of RAM, which is 2 GB more than what comes with the entry level 13-inch MacBook Air or Pro, or its own Series 5 13-inch sibling. Storage is 1 TB, with a 24 GB SSD used for sleep and hibernation. Cabled connectivity includes a HDMI Port, and USB 3.0.

All this comes in a package which costs just Php54,900 with Windows 7 Premium (64-bit) pre-installed. The price is just 3K less than the Apple MacBook Pro, but pay cash or make a straight payment through a credit card and you will get a discount on the price making the difference all of 8K.

The Core i7 on the Samsung NP530U4C S03 processor runs slower than the Core i5 on the MacBook Pro, but has a larger cache. Which of the two is faster depends on the task. Given a choice between the two, I would prefer the cooler running Core-i7 UM processor on the Samsung.