Because of this, in our latest high end smartphone buyers guide we adjusted the floor from 20K to 22K. We are also adjusting out budget for a mid-level smartphone from it previous range to define a mid-range smartphone as one that costs between 12K to 22K.

At the top of our guide we have the triumvirate of the HTC Sensation, Samsung Galaxy S Advance and the Sony Xperia P. All three phones have their compromises. The HTC Sensation was not a stellar phone when released, and a year later it is only its low Php19,500 price that finds it in consideration. This phone now runs Android 4.0 Ice Cream Sandwich (ICS), but given its age this is the last update it likely to get.

The Samsung Galaxy S Advance looks like a great deal at Php18,700, but the phone runs Gingerbread GB (Android 2.3.6) and there has been no promise to release an update for this phone to Ice Cream Sandwich (Android 4.0 ). The absence of ICS means you do not get the latest features in the GMail app and cannot run the Chrome browser. The list of what you cannot do will get longer over time. Given that we expect you to keep the phone for at least two years, the list of what a Gingerbread phone cannot do could get pretty long before the two year period is up.

The Sony Xperia S, is almost perfect, but is hobbled by a small 1305 mAh battery in a year when 1500 mAh batteries have become the minimum standard for a mid-level device. The end result is that the Xperia P will give you 5 hours of talk time and 4 hours of web browsing and video playback, when the best Android can provide almost twice as much battery life. How mediocre is the battery life of the Sony Xperia P? Check out the battery life tests here.

Shorter battery life can be remedied by charging it daily, and there are plenty of low cost portable battery chargers for long road trips.  As it ages and degrades over time, this problem becomes more of an issue. The small battery is not user replaceable. Replacing the battery means taking it back to the service center.

Other than the battery, the phones other specifications are impressive enough. The 4-inch QHD display is as good as you expect for a phone in this price range. The phone comes with 16 GB of internal storage, with 13 GB user available. It is not expandable, but this should be enough for most users. Most importantly, you have 1 GB of RAM, which will allow the phone to run Ice Cream Sandwich with ease.

Picking among this three, we recommend the Sony Xperia P. A year from now, it will be the only Sony Xperia P, which will feel current in terms of software and hardware. On the high end of the mobile phone spectrum, we have some very impressive no compromise choices. The mid-level is about making a few compromises, and the Sony Xperia P, represents the best balance to us.

You do have the Samsung Galaxy S II, which will cost you just 3-4K more, has better performance, longer battery life and expandable memory. But once we start thinking about spending 3-4K more, for the Samsung Galaxy S II, getting the Sony Xperia S with its 720p display, for just 1K more looks like a better proposition. Once you get up to the 25K price range, this places the HTC One X, just a hop, skip and jump away.

The Nokia Lumia 800 seemed a bit expensive at its Php23,500 price at launch, but we still consider the Windows Phone 7.5 powered handset a good deal since it has NDrive, Nokia's voice guided turn-by-turn navigation app. Two quick drops in price really make the Nokia N800 like a really good deal.

The phone has a beautiful display, features excellent Facebook integration, and is now priced really attractively. While it higher end sibling, with its single core processor and 16 GB of storage, looks a bit out of place compared to its competition, with the same internals, the Nokia Lumia 800 looks like a really good deal at 19K.

For many, taking the LG Optimus L7 with its single core processor is not an option. For Php15,100 you can get the Sony Xperia P's lower cost sibling, the Xperia Sola. Like the Sony Xperia P, the Sony Xperia Sola also has a small battery, but at 5K less it is easier to be more forgiving. This phone comes with Gingerbread out of the box, but Ice Cream Sandwich is on the way.

It is a good alternative to the LG Optimus L7, for those who want dual core power and 720p video recording.

Going down the line, we have HTC Desire S from 2011, at about Php18,000, Sony's Xperia Sola which essentially is a lower end version of the Sony Xperia P and we have LG Optimus 7. The HTC Desire will be updated to Ice Cream Sandwich, but 18K seems like a lot to spend on a single core Android handset these days. The HTC One V looks, price much lower would be a better deal.

LG has a very interesting offering with its Optimus L7 at Php15,990. This phone has a 4.3-inch display packed in a elegantly slim 8.7 mm case. It comes out of the box with Ice Cream Sandwich.

So how is this phone? It works well enough, but it is the large display the makes it worthy of consideration. When you use it, it does seem like its hardware being pushed close to its limits simply by running Ice Cream Sandwich and it displays the occasional lag. Push it harder and you will find that the low end A5 processor and 512MB of RAM leave little resources for intensive multitasking, running multiple tabs in web browsers and gaming. Flash support in the web browser is also limited.

Stil the phone has HSPA 21.1 connectivity, a rarity at this price range, and the 5 MP camera is very decent. You should note though that video capture is limited to VGA quality. The battery is a decently sized 1750 mAh unit, so battery life should be good.

So the LG Optimus L7 has a lot of plus and minuses, but at its asking price, it is a good enough choice. Still with its large display it makes a decent choice for the average user, who will use it for calls, SMS, social networking and some casual gaming. Power users on a budget should look elsewhere. 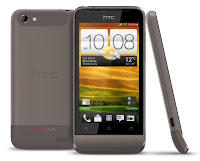 The HTC One V is essentially a HTC Desire S, without a front camera and with 33% less RAM, but with a improved camera. Not bad for 4K less. The HTC One V comes with Ice Cream Sandwich out of the box, and it runs reasonably well with the 512 MB of RAM showing its limitations in multi-tasking.

Battery life is not stellar. While it does impressively in talk time, web browsing and video playback test, the older Qualcomm chispet it eats a lot of battery while on idle, so it only last marginally longer on a charge than the Xperia P or Sola. 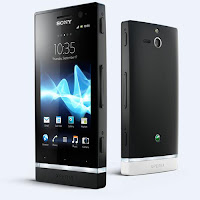 For those who want dual core on even a smaller budget,  Sony has another offering, the Xperia U. Okay. The battery is smaller than we would like, but let us not belabor that issue. We talked about it with the Xperia P enough already. For many the major deal breaker is the 8 GB of internal storage (6 GB user available), which is not expandable. Still, 6 GB is not bad. Two gigabytes is available for apps and 4 GB for your music, pictures, documents and other files. It is not user expandable. Either it is enough, or not. If it is not enough, the HTC One V is a good alternative.

Each choice here represents some kind of compromise, but that is what mid-level is all about. You should find one of these five, compromises something you are willing to give up.

You can get Apple's iPhone 3GS (8GB) from Smart at Php19,900 on a prepaid kit. But unless you only want an iPhone, there are better phones at about half that price.


Check out our others smartphone buyers guides: