HTC's Smartphone Roadmap for the Second Half of 2012

The entry-level phone is dubbed the HTC Rio features a 4-inch WVGA (480 x 800) display and be powered by a new lower cost Qualcomm Snapdragon S4.  The Qualcomm’s MSM8227 in the HTC Rio will have a 1 GHz dual-core Krait processor, Adreno 305 graphics supports dual channel HSDPA. The HTC Rio is reported to come with just 14.4 Mbps 3G connectivity. As the entry level offering it will be modestly equipped with 512MB of RAM and a 5MP camera.

The higher end phone to be released in October is being called, for now, the HTC Accord. The HTC Accord will have 4.3-inch 720p (720 x 1280) display and a  more powerful Qualcomm S4, a faster dual core Krait processor, have 1 GB of RAM and an 8MP camera. There are not details yet on what chipset will be used for this phone.

Krait 4 Christmas. HTC and Qualcomm have a long relationship. The only HTC phone not built on Qualcomm silicon is the Tegra 3 based international version of the HTC One X. Qualcomm is reportedly releasing Qualcomm APQ8064, which will host a quad-core Krait, and HTC is prepping two phones to usher in the new monsters entry into the market. 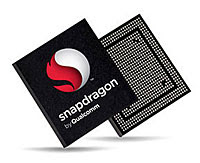 Given that dual core Qualcomm S4 devices are as fast as the quad-core competition, a quad-core Krait should be awesomely powerful.

HTC is prepping for the release of a pair of quad-core Kraits towards the end of the year, an Android phone and a Windows Phone 8 device. The Android varaint is presently being referred to as the HTC One XXL. The Windows Phone 8 version is being called the Zenith. Both phones will come with 4.7-inch 720p (720 x 1280) displays, 2 GB's of RAM and 8 MP cameras.

None of these phones have been officially announced, but the leaks would appear to be accurate.