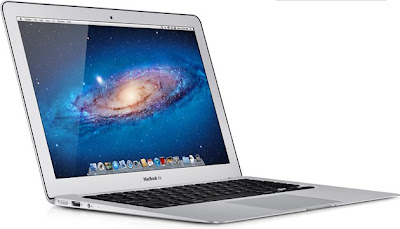 13-inch Apple MacBook Air. Is one nice piece of equipment, which mates a sufficient amount of power in portable and light frame. The 13-inch entry level MacBook Air packs a Intel Core i5 (1.8 GHz) dual core processor and 4 GB of RAM. The laptop sports a 13.3-inch display with a 1440 x 900 pixel resolution in a slim 0.68-inches case, which weighs in a just under 3 pounds. Battery life is up to 7 hours.

The main point of contention is the benefit of the SSD. I use a MacBook Air and am sold with SSD's. It allows for the operating system to boot, resume and shutdown quickly. Applications load fast. The drawback is cost. The entry level 13-inch MacBook Air comes with 128 GB of storage, which many do not consider enough.

Price for all this? Php57,990. This is a really good price. Just three years ago, this type of laptop would cost you over 100K. 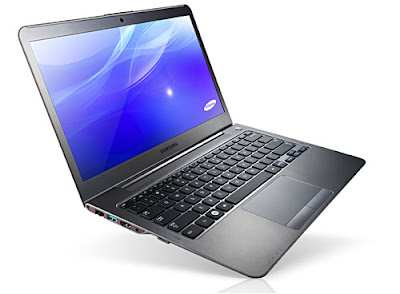 Samsung NP530U3C A02. The Samsung NP530U3C A02 is one of the new breed of hydrid Ultrabooks. It is slim and light, but uses a conventional hard drive mated with an 24 GB SSD. The SSD is used for and allows for quick resume from sleep and hibernation, but for other tasks you have an old fashioned rotating disk hard drive.

Operating system. We wont be discussing the benefits of the operating system. Both work well, with Windows having a much larger ecosystem of compatible software than Mac OSX. If you prefer one OS or the other, there is no point choosing between these two.

Price. The most important factor to consider is price. The Samsung NP530U3C A02 is 15K cheaper than the 13-inch MacBook Air. Both have enough power to do what you expect from an Ultrabook, so if you are looking for the value for money option, well the Samsung easily takes that crown.

The Samsung is the value for money option. No surprise there.

Storage. I prefer SSD drives. They are faster, lighter and more energy efficient. I rely a lot on cloud storage and could live with 128 GB, but my own MacBook Air has a 256 GB SSD). You can get the MacBook Air with a 256 GB SSD, but that adds another 15K to the cost. Both laptops have SD Card slots.

In terms of storage, some would prefer the 128 GB SSD on the MacBook Air. I suspect that more buyers will prefer the the 500 GB on the Samsung NP530U3C A02.  Both laptops have SD Card slots.

Unless 128 GB storage is enough for you the Samsung NP530U3C A02 is probably the better choice.

The MacBook does have a few bell's and whistles. The 13-inch MacBook Air sports a higher resolution display. This is both a plus and a minus. While the higher resolution display offers more real estate, I still feel that Mac OSX is still designed to work optimally with the 1280 x 800 resolution. Some elements of the desktop looks a bit small to my eyes on the 1440 x 900 display on the MacBook Air. Both laptops have USB ports, but only the MacBook Air has a Thunderbolt port. At present, Thunderbolt technology is of little practical value.

The MacBook Air also features a back-lit keyboard. Something that can be useful when working in darker environments.


The most compelling feature of the 13-inch MacBook Air over the Samsung NP530U3C A02 is the back-lit keyboard.


The Samsung NP530U3C A02 does have a HDMI port, which will allow you to plug it directly into you HD LCD TV. The MacBook Air needs an HDMI adapter in order for it to be able to plug into a LCD TV. Apple looks like it will be adopting the HDMI port as standard in the future, its "retina" display MacBook Pro having an HDMI port.

The most compelling feature of the Samsung NP530U3C A02 over the 13-inch MacBook Air is the HDMI port.

Out take. It is hard to argue with a 15K price difference. If you need more than 128GB of storage,  that will be an additional cost for an external hard drive, high capacity SD card or a full-on SSD upgrade. The 13-inch MacBook Air is a beautiful piece of hardware. When it came out in late 2010, at 63K than seemed to be a bargain. Now, two years later, at even 8K less, there are much cheaper alternatives.

If you are looking at value for money, Samsung NP530U3C A02 is it. If you prefer the 13-inch MacBook Air, the reality is that SSD drives are expensive. If you want the SSD, the MacBook Air is well priced when compared to other Ultrabooks with a 128GB SSD.


If you are looking for something with a bit more power, you may want to take a look at the Apple MacBook Pro and Samsung NP530U4C S03 at this link.