Both of the Apple iPad and the Samsung Galaxy Tab, are no longer the latest and greatest, with newer more powerful dual core tablets set to come out in the Philippine market in the next few months. On the other hand, these devices are also now cheaper than ever, and their current price points are so reasonable, we do not expect to see them go down further. If you have been waiting for a good deal on a premium tablet, now is the time to get one. 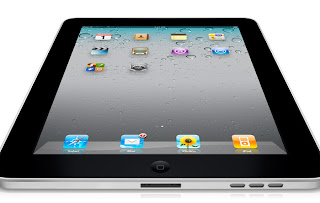 Also, while these tablets are no longer the "latest and greatest" I do not think most users will miss the power provided by the newer dual core tablets. 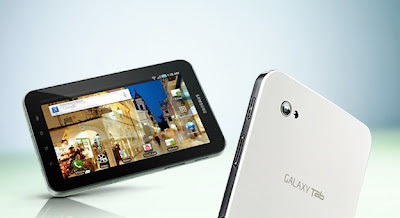 The size. While these two tablets have been set off as direct competitors, that is really not the case. In deciding which one is best for you, the size will most likely be your primary consideration. The Apple iPad has a 9.7-inch screen. This might sound just a little bigger than the Samsung Galaxy Tab's 7-inch screen, but it is not. The iPad's screen is twice the size of the Galaxy Tab screen. Remember we are talking horizontal measurements. The iPad is also almost twice the weight at 1.5 pounds, versus the Galaxy Tab's 0.8 pounds.
Despite all the hype you hear about mobility, make no mistake about it, the iPad is best used on a table. It is a little too  big to use it while standing up or walking around. You would have to cradle it in your arm for use while standing or walking. You also need to get a nice stand or a case with a stand for it, to give it a comfortable viewing and typing angle. All-in-all consider it to be a 2 pound device.
The Galaxy Tab on the other hand is small enough to actually be used in hand, like an e-Book reader. Not that you want to do that for a very long period of time. The 0.8 pound weight is not as light as it sounds, but yes you can hold it in one hand and manipulate it with the other. Once on a table, the drawback of the 7-inch screen is clear. It is smaller, and too small to do two handed typing  on landscape keyboard.
Basically, if you are looking for a device to grad from coffee table to coffee table, the iPad is the better choice. If you are looking for a handheld computer, the Galaxy Tab is it. No winners here. It really depends on what you want.
The ecosystem. The Apple iPad has 65,000 apps built for it, and its 9.7-inch screen. There is some software designed for the Samsung Galaxy Tab, but for the most part you use the same software optimize for 4-inch smartphone screens. Still most of the software in the Android Market works, but sometimes buttons and elements look a bit bigger than necessary on the Samsung Galaxy Tab. The Apple store gives you access to both free apps and paid apps. The Android Market does not give you access to paid apps in the Philippines. Luckily, 80% of Android apps are free (or add supported).
If it came down to app support, I would give round to the iPad.
Power. In sheer power, the Samsung Galaxy Tab has the advantage with 512MB of RAM. The Apple iPad has 256MB. Both have 1GHz processors and powerful graphic processing units which can play 720p content and do a fair amount of gaming. But they runs different software, so the additional RAM of the Galaxy Tab is not all that important. Both work well enough.
Battery life. In real world use, browsing and gaming, the Samsung Galaxy Tab will give you 5-6 hours of use. The Apple iPad will give you 9-10 hours of use. Nothing more needs to be discussed in this regard. This round goes to the iPad.
Storage and file transfer. The entry level Apple iPad comes with 16GB of storage, which is non-expandable. In order to access the 16GB from a computer you need to use Apple's iTunes software.  While the iPad does support Bluetooth, but not file transfer to other devices. It is used for peer-to-peer connections with wireless headsets and keyboards. The Samsung Galaxy Tab comes with 16GB or internal storage, expandable to 48GB via a MicroSD card. The Galaxy Tab can also operate on mass storage mode, so it can be accessed from any computer via USB cable without any particular software. You can also transfer files via bluetooth.
The Galaxy Tab has much better storage and file transfer options.
Camera's. The Samsung Galaxy Tab has two, a 3.15 MP at the back which can do 720p video recording and a 1.3 MP camera at front. The 3.15 MP camera is not all that great, but good enough for decent 720p video recording. The Apple iPad has no cameras.
Price. The Apple iPad will set you back Php19,990. The Samsung Galaxy Tab will cost you Php15,999. The Galaxy Tab is cheaper, but the iPad has a larger screen and battery which justify the price. I would call this a draw.
So which one?  The Apple iPad, its operating system and available apps give it a more polished feel. The Samsung Galaxy Tab is the more versatile device with more hardware (MicroSD Card slot and camera's) but lacks support in terms of dedicated apps for the 7-inch screen.
If there was a 7-inch iPad, I would pick that in a heartbeat. But we do not have that choice. So, we got a Galaxy Tab, and have not regretted that decision. In the end it depends on whether you want a 9.7-inch device or a 7-inch device.
Posted by Unknown at 10:33 AM