The HTC Wildfire S is here... 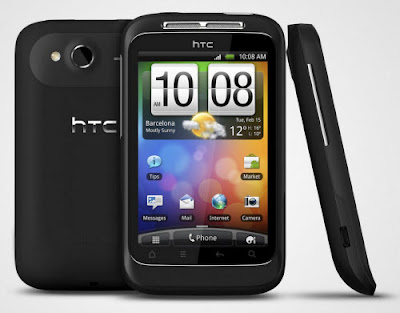 ...should you buy it? The HTC Wildfire S has now landed on Philippine shores with a suggested retail price of Php14,950. Authorized reseller Top Electronics has it listed at Php14,000. The question is, is this the one to buy.
The HTC Wildfire S is touchscreen smart phone with a 3.2-inch LCD screen. It is an update of the HTC Wildfire released last year, with a slightly faster 600MHz processor,  more RAM (512MB of RAM), updated design and coming Android 2.3 (Gingerbread) installed. The most significant change with the newer model is the higher 320 x 480 screen resolution compared to the 240 x 320 resolution of the older model.
Against the old Wildfire. So how does the new Wildfire S stack up against its older sibling. You will still find the original Wildfire on the shelves for about Php11,000, but I would pay the addition Php3K and get the newer version. A 240 x 320 screen resolution is just too low to enjoy the Android operating system, and even on small 3.2-inch screens looks pixelized. The 320 x 480 resolution looks nice and sharp even on larger screens. But adding the 3K more for the higher resolution screen does put some other very interesting options into consideration.
Against the Samsung Galaxy Ace. The first stumbling block in the way is the Samsung Galaxy Ace which has a larger 3.5-inch screen with the same 320x480 resolution. The Galaxy Ace also comes with a faster 800MHz processor and the same Adreno 200 graphics processing unit as the HTC Wildfire S. Both units come with 5MP camera's, but the the 5MP unit on the Galaxy Ace does a better job of rendering sharper pictures. Neither the Galaxy Ace or the Wildfire S can take 720p video, both being limited to VGA quality video, and neither is very good at that either. Priced at Php13,700, the Galaxy Ace is also cheaper.
So, does the Wildfire have anything in its favor? Overall it has a better build quality and the HTC Sense user interface is my favorite manufacturer customized user interface. But these are not decisive. While the Galaxy Ace does not feel as nice in the hand with its plastic shell it does have the same Gorilla Glass display as the Wildfire S and the Samsung TouchWiz user interface while lacking the eye candy of HTC Sense does have several advantages.
The other advantage of the Wildfire S is Flash support in the browser through Flash Lite.  Flash lite is not full flash support so you cannot play flash games or display more complex flash elements, but it does allow you to interact with falsh banners and play YouTube video in the web browser.

Between these two it is a though call, but the larger 3.5-inch screen and better camera tilt the balance in favor of the Galaxy Ace in my book.
Against the LG Optimus One. The bang for the buck Android has pretty much been the LG Optimus One since its release. The LG Optimus One P500 also comes with 3.2-inch 320 x 480 screen a 600MHz processor. The Optimus One does not have flash support and it does not have the near scratch proof Gorilla Glass display, but at Php9,900 is it significantly cheaper than the HTC Wildfire S.
Against the Samsung Wave II S8530. At Php14,600 you find the Samsung Wave II. With a 1GHz Arm Cortex processor and a PowerVR SGX540 graphics processing unit, a 3.7-inch SLCD screen 480 x 800 resolution screen a very good 5MP camera and excellent 720p video recording, the Wave II blows away all competitors in the hardware category for under 15K. But the Wave II runs on Samsung's Bada OS, and not Android. This makes it more like a very good feature phone, rather than a smartphone. Still it will take care of you basic call, messaging, social networking and web browsing needs.
Summary. When the HTC Wildfire came out, it did so in a less crowded market. Now with the Galaxy Ace and the lower prices on the Optimus One and the Wave II, the Wildfire S is less competitive than the original Wildfire during its release. Should you buy this phone. If you I cannot live without HTC's Sense, that is the only reason to buy the HTC Wildfire over its competition. While I love HTC units and Sense, I really would have to recommend that Galaxy Ace or Optimus One over the Wildfire S.