Android greatest gift to mobile is making high quality smartphone really affordable. And it looks like Windows Phone handsets are following Androids lead. How affordable? We have to redefine mid-level smartphones to the price range of Php12,000 to Php20,000.

At this price range you could look at one of RIM's BlackBerry Curve phones, but unless you really are dependent on BBM we really cannot recommend buying a BlackBerry phone at this time. In a few months time we expect BlackBerry to release its new BBX phones rendering all current BlackBerry phones obsolete. If you heart is set on an iPhone, the only you will be able to buy is a iPhone 3GS, and you will be sourcing a phone from the grey market with a questionable warranty. The iPhone 3GS, with its 320 x 480 resolution screen and poor 3MP camera, it is really looking dated and not something that will keep you happy for the next year or two. 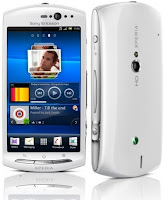 For Php12,000 to Php20,000 these days, you should expect a high resolution screen, a decent auto focus camera with a flash, the ability to capture 720p video and a fast processor.

Now, one could happily spend Php13,400 on a smartphone and not worry about the fact that there are better phones out there. The Sony Xperia neo V with its 3.7-inch high resolution 480 x 854 screen, a 1GHz processor, 512MB of RAM, a decent 5MP camera with Panorama mode, a secondary camera, HDMI out and pretty much everything you expect from a smartphone these days is good enough to do the smartphone heavy lifting work as well as play all but a few dozen of the latest games.

The Samsung Galaxy W i8510 has a faster 1.4GHz processor and faster 14.4 Mbps HSDPA connectivity. The LG Optimus Black with its 4-inch 700 nit display and ultra thin 9.2mm case.

The HTC Desire S sitting at just Php19,000 is looking a bit on the expensive side, but it does offer HTC Sense 3.0, premium build quality with its aluminum unibody case and in our opinion the most likely to see an upgrade to Android 4.0 Ice Cream Sandwich.

You won't get a recommendation from us, any of these four offerings is a great deal at the asking price. 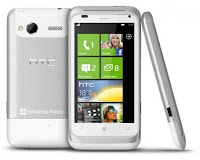 If you are tired of Androids, you have the HTC Mozart at Php14,800 and the HTC Radar at Php18,200. The Mozart is upgradeable to Windows Phone 7.5, the Radar comes with Windows Phone 7.5 out of the box. Between a Mozart and a Radar, the Radar has a front camera and a better, though lower megapixel camera.

So there you have it. Six very decent phones with 3.7-inch of larger high resolution displays, 1GHz or more of processing power and decent cameras. These are all very competent smartphones, and anything more is really a optional luxury.