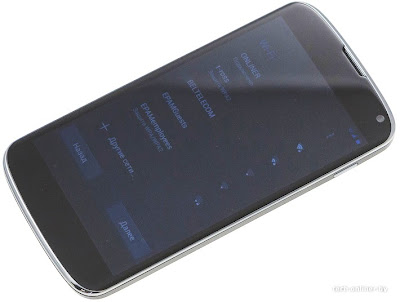 LG has confirmed that is is manufacturing the Google Nexus 4. The Nexus 4 is a 4.7" smartphone with a 720p display (1280 x 768 pixel resolution). Powering the Nexus is is a quad-core CPU with each core clocked at 1.5 GHz (rumored to be a Qualcomm S4 Pro chipset). Whatever the processor finally is, with 2GB of RAM this should be a powerhouse.

The phone will come with 8 GB to 16 GB of storage, and appears to have a microSD card slot. I will see if I can find confirmation of this.

Source: GSM Arena
Image from: Onliner
Posted by Unknown at 11:54 AM