More details on the Google Nexus 4

Google has rescheduled its October 29, 2012 event where it is expect to launch several Nexus devices because of Hurricane Sandy. There is little mystery left in one of the devices to be launched, the Google Nexus 4. We already know that it is based on the LG Optimus G. So we are expecting a phone with a large 4.7-inch 768 x 1280 display and a powerful quad core krait inside.

Now the Google Nexus 4 Quick Start Guide has been leaked online givin us even more insight.

In terms of appearance it follows the Google Galaxy Nexus, but the new phone appears to be a bit shorted, but a bit wider. 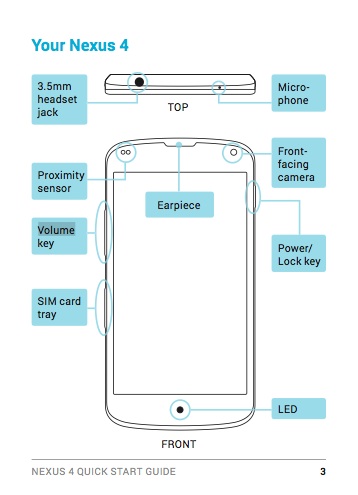 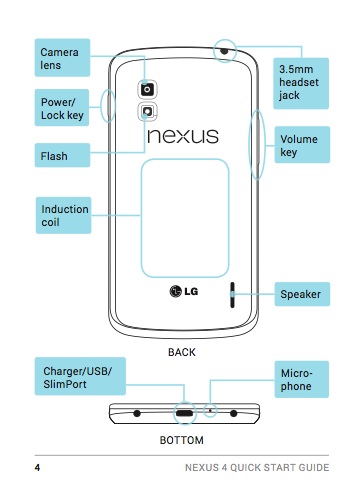 The curved glass screen we saw on the Nexus S and Galaxy Nexus appears to be gone. 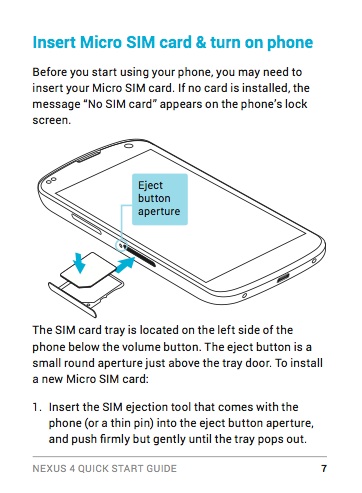 The phone will have a MicroSIM. 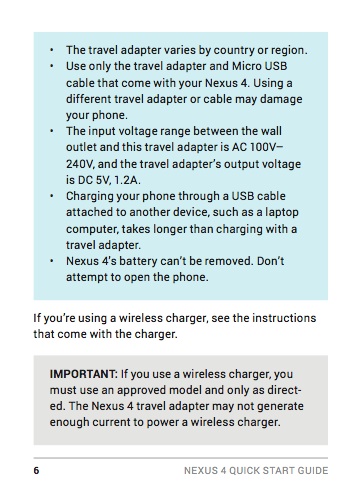 Unfortunately, internal storage is not expandable and the battery is not user replaceable.
Posted by Unknown at 9:59 AM