Part one of this article, covering phones priced as Php15,000 or less is found at this link. 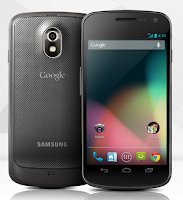 The guides I write are usually based on prices from phone with official warranties. The Galaxy Nexus is the exception. At Php30,000 from Smart Communications, there are better phones in the market. At Php16,600 in the gray market, you get a 720p (720 x 1280) Super AMOLED display which measures in at 4.65-inches.

Inside you get 1.2 GHz dual core ARM Cortex A9 processor on a TI OMAP chipset backed by 1 GB of RAM.  It is also the cheapest HSDPA+ 21.1 Mbps phone on our list. It is not the fastest smartphone in the market, but it will outrun anything else at this price range in every respect.

Storage is 16 GB with is not user expandable. The battery is a good sized 1750 mAh. All this comes in a frame just 8.9 mm thin. Basically, this is not only the Nexus phone, it is also the least expensive Super phone in the market. It is what I would probably buy, if I were replacing my phone now.

If you want a warranty, the Sony LT22i Xperia P is a good alternative. It has a 4-inch qHD (540 x 960) display, a dual core processor, 1 GB of RAM, 16 GB or storage (non expandable/13 GB user available) and a very decent 8 MP shooter upgradeable to Ice Cream Sandwich. Last year this phone would qualify as a companies flagship phone.

The form factor makes it terrible compelling, combining a 4-inch display with a frame just 59.5 mm wide and 10.5 mm thick it is a very handy package while offering excellent functionality.

The only chink in this phones armor is the small 1305 mAh battery which result in below average battery life. Still I have been living with an HTC Desire HD, with a smaller 1230 mAh battery for 19 months, so it is not a deal breaker. 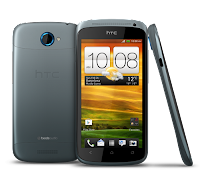 The HTC One S was one of the most anticipated smartphones last summer. But when it finally arrived, instead of getting the version with a 1.5 GHz dual core Krait processor, the Philippines got the version with a 1.7 GHz dual core Scorpion processor. The slower clocked dual core Krait version is the more powerful and being manufactured with the new 28 nm process, it is the more power efficient version.

The version with the 1.7 GHz dual core Scorpion processor is not bad, but with prices starting at 25K, it was a bit expensive. Now, the prices have dropped to Php20,500 with an official manufacturers warranty and at that price it makes a nice alternative to the Google Galaxy Nexus. It comes with a 4.3-inch dHD (540 x 960) Super AMOLED display, 16 GB or storage, 1 GB of RAM, an 8 MP camera and 21.1 Mbps connectivity all in a super slim 7.8 mm package. Overall the Google Galaxy Nexus is a better deal, so this is a good choice only if you want a phone with an official warranty. This is not a good choice for those who plan to root their phone having limited ROM support.

For those who want to root their phones, the more coveted version 1.5 GHz dual core Krait processor is available on the grey market (meaning no manufacturers warranty) for as low as Php18,800. As compared to the Galaxy Nexus, the Nexus has a better display while the HTC One S 'Krait' is almost twice as fast and has longer battery life.