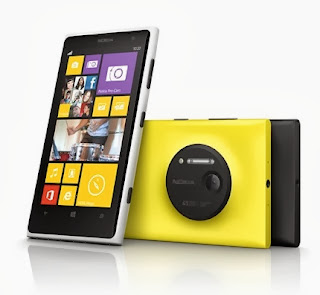 Nokia just launched in the Philippines its Nokia Lumia 1020. Essentially, the Lumia 1020 is a bigger bulkier Lumia 925 with a big 41 MP camera and double the storage. You will need a lot of storage to save to 38 MP stills. At Php35,650 this is one expensive phone. Basically it will compete with the Samsung Note 4 and the Apple iPhone 5S 32 GB.

The problem with the Lumia is it really has the specifications of a late 2012 Windows Phone, launched in later 2013. All it really has going for it to justify the high price, is its camera.

Using GSM Photo Arena Compare Tool I compared sample shots of a Lumia 1020, Lumia 925 and Samsung Galaxy S4. For comparison, the stills are scaled down to 8MP. 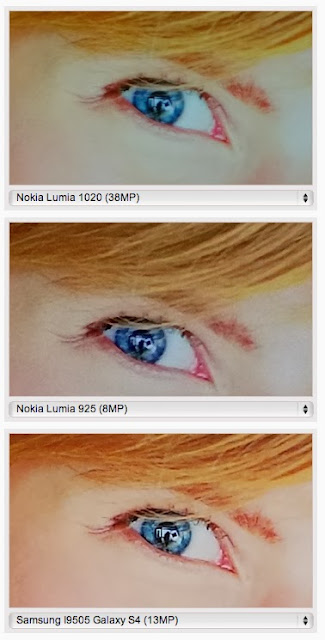 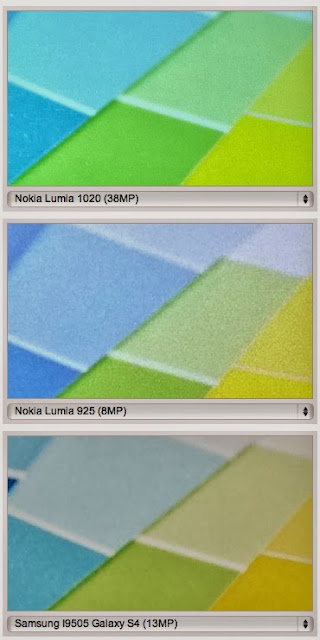 I also compared it with the upcoming Sony Z1 and with the Galaxy S4 scaled down to 12MP. 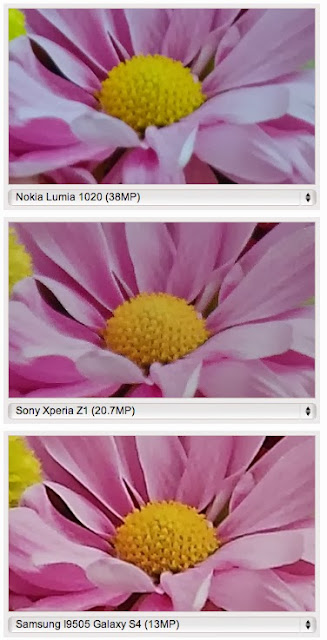 I also compared it to an Apple iPhone 5S and LG G2 scaled down to 8MP. 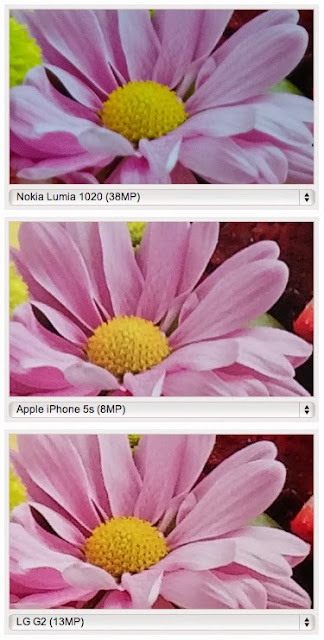