64 GB MicroSD Card for Your Android?

Nearly all Android devices with MicroSD card slots only officially support up to 32 GB cards. But many phones can actually support 64 GB cards. With flash memory prices having dropped and 64 GB Micro SD cards being readily available in the market, a 64 GB upgrade is starting to look like a viable option. 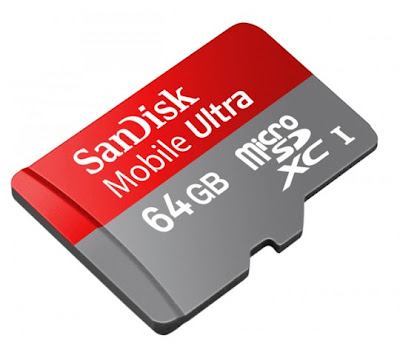 I do not have the resources to test 64 GB cards with a wide variety of Android devices, but hopefully with your feedback I can expand this list. So far these phones are compatible with 64 GB MicroSD cards:

I will update this list as I get more user feedback. 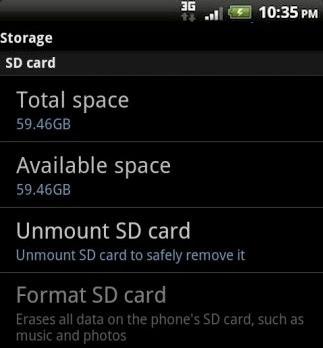 Some people are obsessive about keeping their phone memory empty. The phones internal memory runs faster than MicroSD storage, so to get optimal performance, frequently used apps are best kept in the phone memory.

But high quality MicroSD cards. Lower cost MicroSD cards can result in poor performance or incompatibility issues.
Posted by Unknown at 12:30 AM