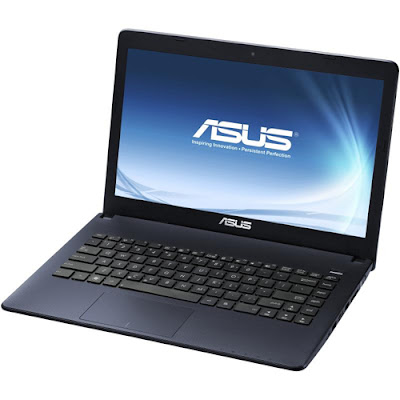 The first X401 series laptop released, the Asus X401A, with an Intel B970 processor, is priced at just Php22,990 with Windows Home Basic installed. A DOS version is priced at Php20,990. The Asus X401U swaps the Intel processor for a AMD E2-1800 Accelerated Processing Unit with a 1.7 GHz dual core processor and Radeon 7340 graphics. This allows Asus to bring down the price to Php18,990 with Windows Home Basic Installed, for those who do not need an operating system pre-installed, a DOS version is available for Php16,990.

Other than that, it has the same specifications as its Intel powered sibling, with 2GB of RAM, a 500 GB, card reader and the other standard equipment you can expect to find in a laptop these days. The 6-cell battery is rated at 4400 mAh, which is what you expect from a laptop in this price range. In addition, you Altec Lansing speakers, HDMI out and a new fast USB 3.0. This laptop does not have an optical drive though.

Fashionably thin at just over an inch at the thickest point, the Asus X401A, already ruled budget the thin and light 14-inch laptop market. A lower cost AMD E2-1800 makes this laptop a netbook competitor too, and I would recommend it over any netbook in the market.