The biggest battle in the world of personal computers, is not Intel v. AMD or Windows v. Mac OS. Those battles were decided a long time ago, with the next round nowhere in sight. We expect a new mobile processor from AMD to be out early next year, which will give it a bigger market share in the notebook and low end laptop segment. Apple's laptops having dropped in price the past few years have improved Apple's share in the mass market. But as far as laptops are concerned, Intel and Microsoft have their places secured for the foreseeable future.

The big fight now, is who will win the battle of the hand held PC's. The share of smartphones in the mobile phone market will continue to grow. Thanks to Apple's iPad, tablets will soon be offered by most every computer manufacturer. In this arena, the peaceful world of Symbian, RIM and Windows was rocked by Apple's iOS. Then came Google's Android OS. It looks like Android is winning this one.

Gartners' report on worldwide sales of smartphones to end users shows that Android has made the leap from sixth place last year, to second place this year. Android is eating up everyone's market share. 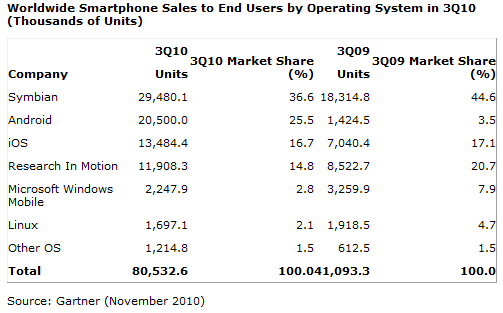 Year-on-year, only the Android OS has shown to be the only smartphone operating system to have increased its market share, and it did so by a factor of 7.

This battle will carry over to the tablet market. While Apple rocked the smartphone world with its iOS and changed the landscape of mobile computing with its iPad, unless Apple offers lower cost versions of its iPhone and iPad soon, Android will rule this segment. Android has low cost Php12,000-Php14,000 offerings like the Samsung i5700 Galaxy Spica and LG Optimus One P500. Moreover, there is the lower cost Archos and other sub-20K 7 to 10-inch tablets we expect to see after the new year. 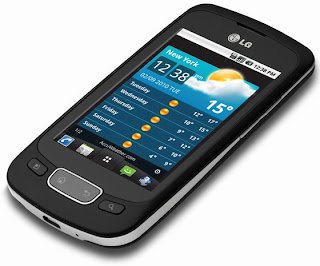 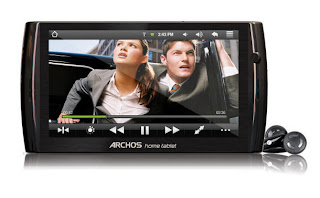