What I have been using for the past year, a Samsung OMNIAPro B7320.
While there is the OMNIAPro 7330 with a larger screen, I like the balance
of the B7320 in my hand better.

As a messaging platform I think the QWERTY messenger is still the best choice.  Phones with a QWERTY keypad were once the trademark of a "business" phone. Today, the number of low cost QWERTY phones in the market now like the Nokia C3 which has suggested retail price of Php7,295 and even more humble offering like the My Phone Q19 with a retail price of Php1,990 is proof of utility of the QWERTY phone.

With the advent of 3G technology, mobile phones are able to access regular internet at high speeds. When I got a 3G capable QWERTY smartphone, I started to use my mobile phone for internet access on a regular basis. But after a month or so, I stopped. The small 2.6 inch screen and having to navigate and zoom into webpages with the D-PAD worked well enough, but I guess I did not find the experience sufficiently comfortable to use it for extended periods. Soon, it became a novelty that wore off, I really only rarely access the internet to browse using my mobile phone. Mainly just for things like checking movie schedules. My main use for mobile internet is, downloading email. 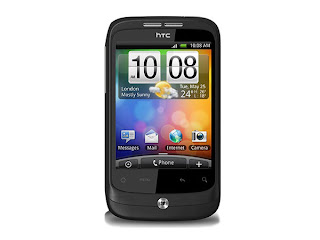 The wide availability of mid to low cost touchscreen smartphones are really tempting.
When I ask my friends which one to get... this is the one they recommend: the HTC Wildfire
and on the higher end of the scale, Apple's iPhone.

It is kind of funny, a QWERTY messenger actually fits all my needs, and I do carry a less-than-3-pound laptop with me most of the time so I really won't be doing much internet surfing on a mobile phone. But something about getting a touchscreen phone is really appealing to me right now. Maybe it is because I like technology and these are currently at the cutting edge, or maybe because a touchscreen phone makes every other phone look archaic. Build it, and they will come. Sigh.