How do we classify the Acer 721 and Asus 1215T? I am a bit hesitant to classify some of the larger netbooks in the market as netbooks. The 11.6" Acer Aspire One and 12.1" Asus Eee PC 1215T notebooks for instance are powered by a lower end single AMD processors. We are a reluctant to classify these laptops as netbooks.

Intel, who set the standards for what is a netbook, classifies a netbook as follows: 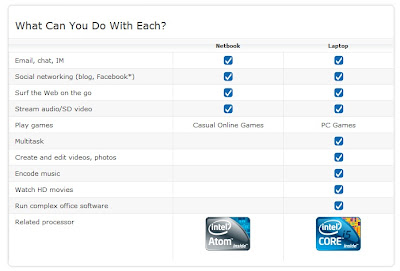 Basically, according to Intel's definition a netbook is a mobile computer with a physical keyboard powered by an Atom processor. For use, a netbook is designed to access the internet, play casual online games and play standard definition video. 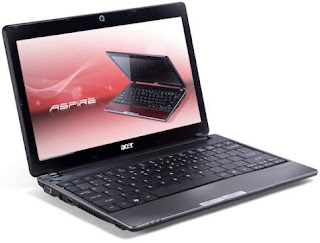 
The Acer 721 comes in a variety of colors: black, silver, red and brown. The palm rest has a brushed aluminum finish, while the lid is made of plastic. Using an island style keyboard which is now standard on Acer's, it looks like Acer 10.1" netbooks. The keyboard is full-sized and easy enough to use. If it has one weak point it is the size of the touchpad. However, in order to keep the laptop flat, the battery slides deeper into the case, pushing the keyboard back a bit and hence the smaller touchpad.

It has all the usual connectivity options, but does not have Bluetooth. 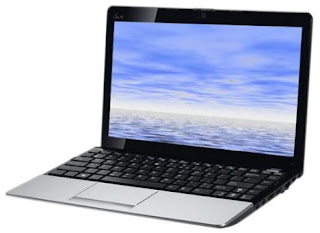 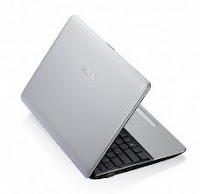 The Asus 1215T comes in two colors, black and silver. The brushed aluminum finish of the silver 1215T and the chiclet keyboard gives the Asus 1215T a very classy appearance and makes it appear more expensive than its Php23,900 price. However, as no operating system is installed, you would have to add another Php1,950 for Windows 7 Starter, or more if you want a higher end version of Windows. That puts the entire package at Php25,850. The Asus Eee PC 1215T has higher specifications than its Acer counterpart with a larger hard drive and Bluetooth connectivity, justifying its higher price.


My only complaints about the fit and finish is the glossy bezel around the screen which is prone to scratches and that the keypad does suffer from some degree of flex. But pretty much so does everything else at this price point.

The integrated ATI Radeon 4225 mated with the AMD Athlon II Neo K125 1.7GHz can achieve smooth 1020P playback. With 1366 x 768 resolution screens, the Acer 721 and Asus 1215T can play HD content on their 720P screens. On the gaming side, a test conducted by Liliputing shows that the ATI Radeon 4225 is capable of a fair number of modern games.

With the capability to play HD content and do more than casual online gaming, it is our opinion that the Acer Aspire One 721 and Asus Eee PC 1215T are low end ultraportables and not a netbook.

Compared to my Asus Eee PC 1005HA single core Atom netbook, both the Acer 721 and Asus 1215T are significantly faster. I have no complaints performance-wise. Battery life is a different story. Surfing the net on WiFi, you can expect a battery life of three to four hours, which is rather disappointing by today's standards.  But to put things into perspective, two to three years ago, this would have been above par.

Basically, the Acer Aspire One 721 and Asus Eee PC 1215T are compromise choices. Significantly more power than your typical  netbook, but with half the battery life. If you are willing to give up endurance for raw power, these may be good choices for you.

Email ThisBlogThis!Share to TwitterShare to FacebookShare to Pinterest
Labels: Netbooks, Ultraportables (under 4lbs.)