Windows Phone 7: Too expensive and a little too late?

Windows PocketPC/Mobile OS used to be the most popular smartphone and PocketPC software. The PocketPC died and Symbian took away that smartphone crown almost seven years ago. Symbian based smartphones still accounted for most of the smartphones sales in Quarter 3 of 2010,  two operating dominant smartphone operating systems have emerged: Apple's iOS and Google's Android.  Apple iOS, has a 17% market share, which did not increase or decrease year-on-year. We do not expect it to increase because Apple iPhone's are expensive, hence targeting a small market share. But we are pretty sure Apple is having a premium product with a 17% market. 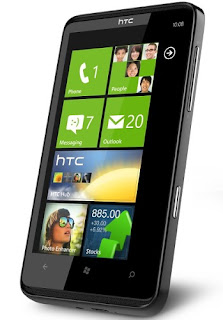 Android went from 3.5% in Quarter 3, 2009 to 25.5% in Quarter 3 2010. With Android powered phones from major manufacturers like Samsung's Galaxy 5 (i5503) at Php10,980 and slightly higher priced offering from Sony Ericsson and LG, and even lower cost phones from secondary and tertiary manufacturers, as well as offering high end models that target the Apple iPhone, Android is set to become the most widely used mobile phone operating system.

Windows strikes back. Seeking to regain lost ground, in the fourth quarter of this year, Microsoft launched its Windows Phone 7 OS. However, a survey carried out by GfK shows that the launch of the new Windows operating systems has not made a dent on the Androids' march to the top. Android OS phones are outselling Windows  Phone 7 units by 15:1. This figure should be taken with a grain of salt. There are plenty of low cost Android OS phones in the market, while there are still very few Windows Phone 7 phones in the market.

When more and more Windows Phone 7 show up in the market, they won't be able to match the price of the lower cost Androids. Microsoft has set the minimum Windows Phone 7 device requirements to include a capacitative, 4-point multi-touch screen with WVGA (800x480) resolution, 1 GHz ARM v7 "Cortex/Scorpion" or better processor, DirectX9 rendering-capable GPU, 256MB of RAM with at least 8GB of Flash memory, Accelerometer with compass, ambient light sensor, proximity sensor and Assisted GPS, 5-megapixel camera with an LED flash, FM radio tuner and six dedicated hardware buttons (back, Start, search, camera, power/sleep and volume up and down).

The 1GHz processor and 8GB of Flash memory will mean that Windows Phone 7 units will be fighting for space with the iPhone 4 and the mid-level and high end Androids.
This brings another important figure into consideration. Currently, iOS has 300,000 Apps (i.e. programs/software) while Android has 100,000 applications. The number of Apps in the market is a major consideration for selecting a mobile phone operating system.  Apples' iOS is already in a good position. As the number of Android-based smartphones increase, developers will be more likely to write applications for Android.

As of November 2010 Windows Phone 7 has 1658 Apps. Because of higher hardware cost, we do not expect Window Phone 7 to be in high volumes. This will mean fewer developers developing Apps for Window Phone 7.

As for Windows Phone 7, we think it may be the end of the line for Microsoft on the mobile phone. My first Smartphone was a Windows-powered HTC Tanager. My current phone is powered by Windows Mobile 6.1. This time last year, I expected that my next phone would also be powered by Windows Mobile. Now, I think I may go the Android route. But  who knows, I might get one last Windows-based smartphone for old time sake.

Make no mistake about it, Windows Phone 7 looks good. YugaTech was able to get his hands on a new Windows Phone 7 HTC HD7, and it looks like a very nice phone. It is expected to be launched in the Philippines in January 2011, but he expects it will enter the market at a higher price than the Android-powered HTC Desire HD. The leading mobile phone provider in the Philippines, Smart Communications, Inc., is releasing the HTC Mozart 7 but on terms which are less favorable than getting a 16GB iPhone 4 from competitor Globe Telecommunications. In short, Windows Phone 7 is being launched as a premium product and even lower end models will be mid-priced phones.

If it had been launched a year earlier as a premium product, things could be very different today. At this point, we just think it is looking way too expensive and a little too late.