Nokia Windows Phone 7 launch day and a look at this amazing, if somewhat disappointing, month

Today marks our fourth major phone launch this month. The Apple iPhone 4S launch was technologically a disappointment. Four months delayed Apple launched a phone with four month old technology, with performance clocked down 20% from previous product, the iPad 2 launched seven months earlier and and the remainder of technology being from 2010. Together with the iPhone 4S, was iOS5 which incorporated features already found in other operating systems. The phone killer feature, Siri had been largely ignored when it was offered for a variety of iOS devices for over two years, and only became the object of media and user attention now that it was pulled out from the Apple market and made an iPhone 4S exclusive. In other words, the iPhone 4S launch, might impress many, but not those in the know.

Next up was, Motorola who launched their RAZR. It was a less ambitious launch. But in the end, we were left with only one thought in mind. How they they make an LTE phone so thin. Motorola had really only one new thing to show, but 7.1mm thick was amazing enough to be one new thing. If Google had launched Ice Cream Sandwich on this device, it may have been more interesting than the Google-Samsung launch the next day.

In fairness the Google-Samsung Nexus phone launch would be impressive to many, the phone is definitely cutting edge. But to those who already saw the announcement LG Optimus LTE LU6200 of the Samsung Galaxy S II HD the previous month in Korea, the  Google Galaxy Nexus really did not bring anything all that new to the table. The Optimus LTE LU6200 and the Galaxy S II HD already having large 720p screens and 1.5GHz dual core processors. Actually, this phones have features that the Galaxy Nexus do not have like  a MicroSD card slow and USB-on-the-Go.

As for Android 4.0, Ice Cream Sandwich. It really incorporates many features already available in other manufacturer customized ROMs and actually takes Android in the same direction as Windows Phone 7. To those in the know, well we have seen that before. 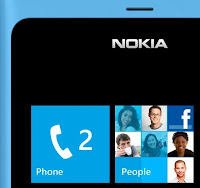 Now it is time for Nokia. The operating system, Windows Phone 7.5 was already launched a month ago, so we are not expecting too many surprises in this department. Windows Phone 7.5 has strict design specifications and hardware support limitations so you know what you will be seeing will have the following:
Given it is a Nokia, we can expect the crisp and clear AMOLED or clear black displays, excellent OVI (now Nokia) Maps with its offline voice guided turn-by-turn navigation (which is voice guided in many more countries than Google Maps) and a bit of Carl-Zeiss magic in their camera. We would not even be surprised to see a QWERTY slider too.

No, Nokia really cannot "WOW" us with the hardware or the software.

What Nokia needs to do is not really impress the public with anyone one product but launched a whole now line-up covering a wide cross section of the smartphone market and announce "Nokia is back" and Windows Phone 7 is here to stay. Than get the phones out in the market now, meaning by November, starting with Europe, China, India and South East Asia.

That is all Nokia really has to do.