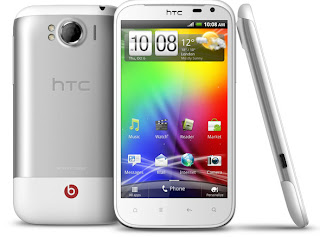 Inside though, it is not much of a giant. Fire up the unit and the 480 x 800 resolution is probably a bit low for this size of screen, especially today with the Android flagships moving up to 720 x 1280. Its has a 1.5GHz single core processor is fast, but really puts it in the realm of mid-level Androids. The phone comes with 16GB of internal storage but it has no SD Card slot. It has a better camera than its HTC Android brothers and does come with Beats Audio... but at Php27,100 it is a little bit too expensive for what it offers.

We recommend you pass on this one. 27K is just too much for this phone. At 4-5K less, we would feel differently. If you want a big expensive Droid, the Samsung Galaxy S II and HTC Sensation XE are much better choices. Still, a 4.7-inch screen, is a 4.7-inch screen. If you are vision impaired or just want a bigger screen, you may want to give this one a look.