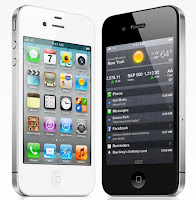 With Globe Telecom no longer being the exclusive distributor of the Apple iPhone in the Philippines, we were hoping for lower prices, and we did get it. Still the prices on prepaid are not as low as hoped for. On postpaid plans, the Apple iPhone 4S comes is some very sweet deals.

Today, we will focus on the prepaid offerings only.


If you compare it with the Apple iPad 2 which starts at US$499 and sells from the local Apple store at Php23,990 that means that it is being sold an exchange rate of approximately Php43 to US$1, and 12% VAT is added to the price.

Using this same rates, the iPhone 4S, unlocked and contract free, should be priced as follows:

But prices are still better. From the local carriers this is the pricing you get:

Globe will be offering a trade-in promo for older Globe locked phones, which will make it cheaper to buy a iPhone 4S from Globe for existing subscribers, but the details of that are not out yet.

In sum, you do not get a carrier subsidy for buying a locked phone. But let us not look at a gift horse in the mouth. With Smart now in the iPhone game, the iPhone has gotten much cheaper, especially on postpaid plans.


While Smart wins the pre-paid iPhone wars, Globe has very competitive, and I think better postpaid options. We will write about that tomorrow.

Postpaid options for the 16GB model at this link.