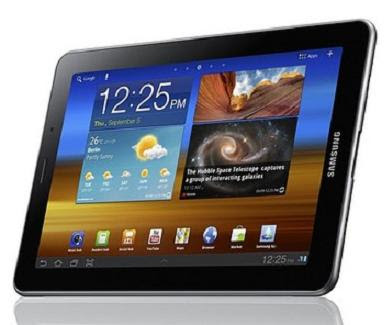 Samsung has released a successor to its popular (at least locally) Samsung P1000 Galaxy Tab. The P1000 Galaxy Tab was Samsung's first tablet which ran on Android and sported a 7-inch screen, 1GHz processor and phone functionality. The new P6200 Galaxy Tab 7.0 Plus is an updated version of the original.

Internal storage is still 16GB, but it now supports up to 64GB MicroSD cards which can give you a full 80 GB of internal storage.

Also despite having a dual core processor, video capture is listed as being limited to 720p instead of the 1080p most dual core devices are capable of.


The other specifications are similar to last year's model, with a 3.2 MP primary camera, 1.3 secondary camera and a 4000 mAh battery.

Price. At Php23,900 it is priced at the same level as a 16GB WiFi only version of the Apple iPad 2 or a BlackBerry PlayBook, which makes the P6200 Galaxy Tab 7.0 Plus a rather reasonable choice since you do get 3G connectivity and full phone functionality with it.

What would be really nice is if Samsung released a lower cost WiFi only version of this device without phone functionality.