Nokia E7 - Priced out of the market

Techie.com.ph has posted a review of Nokia's new, but long delayed, E7 recommending that "If you're a die-hard Nokia-fanatic however and you feel comfortable with the OS, then by all means, go for the E7. If you're prepared to jump off the platform however, check out the others." We don't do reviews. Other than the Techie.com.ph review, you might want to take a look at GSMArena's take on this smartphone. 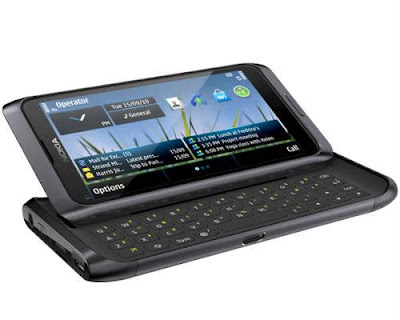 We really have to take issue with the price. Priced at Php32,000 (but which can be found for as low as Php28,300) it is the second most expensive phone available in the Philippine market, next to Apple's iPhone. It is also priced Php10K more than it's N8 sibling.
The E7 gives you a larger 4-inch screen (but with the same 360 x 640 resolution), a physical keyboard, but looses the MicroSD Card slot and amazing 12MP camera with a Carl Zeiss lens on the N8. Worse, the E7 comes with a fixed focus camera. For a phone priced a 32K that is just wrong.  As compared to its own sibling the N8,  the E7 is the most expensive 0.5-inches of additional screen and has the most expensive physical keyboard in the market.
For those who want a touchscreen with a physical QWERTY keyboard, the HTC Desire Z available at Php22,500 is the best deal in the market right now. The nearly two year old Motorola Milestone can match the specification of the Nokia E7, and available at less than Php20K is also a better option than the E7. Even the expensive BlackBerry Torch looks like a bargain beside the E7.
With Symbian S^3 on its way out, it is hard to recommend the Nokia E7. It's hardware make it impossible.  A 680MHz processor, 256MB of RAM and 360 x 640 screen resolution does not justify the price. Never mind if Symbian S^3 runs well enough on these specifications. Nokia is just charging too much for what they are offering.
Basically, it is priced badly, even in comparison with other Nokia products. This is too bad, because a physical keyboard does correct a lot of the things that are "wrong" with Symbian S^3. Symbian still has what I think is one of the best SMS and email notification and calendar preview systems. At Php18~20K, it might have been a very interesting proposition.
Posted by Unknown at 10:43 AM