Writing a high end buyers guide this month is though. The Apple iPhone 5 has not yet been officially released in the Philippines. The gaggle of new Windows Phone 8 devices has not yet reached Philippine shores. We also have to wait and see whether LG will offer the Google Nexus 4 and the  Optimus G with their powerful quad core Kraits. If there is a Samsung Galaxy S III killer LG's new quad core Krait phones could be it.

Buying a high end phone right now could leave to a lot of buyers regret.

Looking at out mid-level guide, you have a quad core Exynos phone for less than 20K, the Lenovo K860 making a lot of more expensive phone look like puny weaklings in comparison.

So, what is a safe choice right now?

Prices indicates are for phone with a manufacturers warranty. 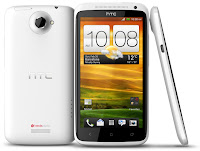 HTC One X has taken a bad beating in the mindshare battle against Samsung Galaxy S III. But slower sales have resulted in lower prices. With Widget City offering the HTC One X with a manufacturers warranty for the 16 GB model ay Php21,590 it is now the best bang for the buck high end phone in the market if you can live with the lower internal storage. For just a bit more the 21K you get a 4.7-inch HD (720 x 1280) display, and a quad core 1.5 GHz processor on a Tegra 3 chipset. For 4K more you get 32 GB of internal storage.

With a quad-core Android Exynos phone at less than 20K why would I recommend a phone powered by a dual Qualcomm S3 which was not even considered all that fast in 2011? Also, if you are looking at an Android powered Qualcomm S3 powered phones the HTC One S and Sony Xperia S are cheaper. 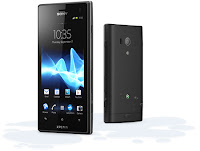 The Sony Xperia Acro S makes it to the list for being unique. It is the only IP57 certified dust and water resistant phone in the market. It is water proof for up to 1 meter immersion for 30 minutes. It caters to a niche market of outdoors oriented and sport minded users.

It has a large 1910 mAh battery, substantially larger than the 1750 mAh and 1650 mAh units you find in the Sony Xperia S and HTC One S. The Sony Xperia Acro S also has a MicroSD card slow allowing you to boost storage all the way to 71 GB (user available). Enhancing it storage prowes is USB On-the-go support. Particularly useful when you consider the 12 MP camera produces some rather large image files.

There are better phones, for less money. But when you are trekking in Sagada or caught in a torrential rain storm, there is no better choice.

You can read more about the Acro S at this link.

Thirty million of these things were sold in 100 days, with good reason. It has no weak points. It has a MicroSD slot. The battery is user replaceable. Two features missing in many phones these days.

While it shares the same internals as the lower price Lenovo K860, it has a better camera with more features, is slimmer and much much lighter. Also, it has the vaunted SuperAMOLED display. In my book, that is enough to justify the much higher price (especially the lighter part).

Not much has to be written about this phone. This 4.8-inch quad core smartphone, is the smartphone by which all others are judged.

Basically, it is a 5.5-inch Galaxy S III, with a stylus and stylus optimized software. If the Galaxy S III is not powerful enough for you, this one has 2 GB of RAM, double that in the Galaxy S III and it was given a modest speed increase in processor speeds. The 3100 mAh battery will keep it running long.

Basically, it is the biggest baddest device that we can still call a smartphone. In its first month in the market, 3 million have been sold.