Sony has released a new Vaio model, call the Vaio Duo which is designed around Windows 8. At it's core is an a touchscreen 11.6-inch Full HD display which has an impressive 1920 x 1080 pixel resolution. The display is mated to a keyboard which slides under the "tablet" for carry or use as a pure tablet. 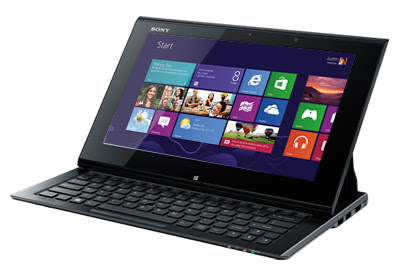 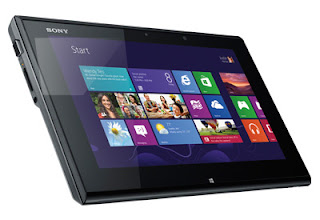 Both models have all the amenities you expect from a laptop (WiFi, HDMI out and USB 3.0) as well as a tablet (front/rear cameras and NFC). While all this is pretty impressive, at Php69,999 for the Core i5 models, which is the price of an iPad 4 16 GB plus a 11.6-inch MacBook Air 64 GB, I do not see too many of these selling in the Philippines. The the Core i7 model is priced at an even more prohibitive Php99,999.

Asus Android slider tablets did not do too well last year, will see if putting Windows 8, on a much more expensive slider, will make any difference.