A Look at Windows 8 Part 1: Does Windows 8 mean gloom and doom for Microsoft? 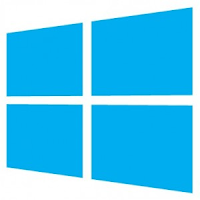 Many people have been writing gloom and doom about Windows 8 with its new tablet centric interface. But Windows 8 will not end Microsoft's dominance on the desktop. The reason is simple. A Mac Mini with a third part monitor will cost you all of Php39,000. The lowest cost Apple laptop is Php49,900 pesos, and that comes with just 64 GB of storage. These two devices are still out of the budgets of substantial numbers of buyers, many of whom simply wont want to spend that much with fully functional Windows PC's available at less than Php20,000.

Linux is an option technically, but with limited software compatibility, I do not foresee many switchers.

But Windows 8 will not be a great success in the consumer space.

1. The is no compelling reason to upgrade from Windows 7. Windows works well, and is a version of Windows that will be in use for a long time after it is discontinued from sale, like Windows 98 and   XP. Windows ME and Vista did not gain much traction, in part because they were buggy or resource hungry, but in part because the previous version was good, leaving people little reason to upgrade.

The end result is people will upgrade their PC's slower and be more interested in buying the latest smartphones and tablets. Some people will retire their PC's all-together.

So question is than. Why release Windows 8? It is not like people were unhappy with Windows 7.

Windows 8 is a, daring or risky move, depending on your perspective, to using Windows 90% market share on desktops and laptops to push its Windows phone and tablet operating systems. The idea is, with one common interface for all three a buyer would be more inclined to choose a Windows Phone device or a Windows tablet. This move is really targeted at the enterprise and IT Managers who may value completely integrated solutions.

To push Windows 8 to the consumers, Microsoft is relying on new devices like its Surface Tablet and touchscreen laptops to interest consumers. But this is really more important to Microsoft OEM partners than Microsoft itself.

With this round Microsoft really wants to push Windows 8 phones and tablets to the enterprise. But its PC manufacturers like Acer, Asus, Dell, HP and Lenovo do not make a significant amount of money on mobile devices. Asus and Lenovo have strongly embraced Android. Acer, Dell and HP are hoping that their new generations of Windows 8 PC's will drive up PC sales.

A Look at Windows 8 Part 2: Keeping the tablet at bay