A Look at Windows 8 Part 2: Keeping the tablet at bay 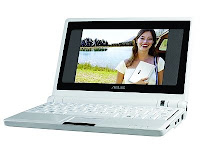 In Part 1 of this post, we noted that Windows 8 is part of Microsofts long terms strategy of maintain its position as the dominant desktop operating system. Microsoft's OEM partners need to generate sales today, and look to Windows 8 to shore up PC sales.

A bit of history. Late in 2007, Asus took Intel's remaining stocks of outdated Celeron processors, put it in a frame with a ill-fitting 7-inch display and called it the Eee PC. The first Asus Eee PC sold 300,000 units in four months. Other OEM's started building their own small low cost mini-laptops, Intel created the Atom processor, Microsoft extended the life of Windows XP and over 100 million "Netbooks" were sold. Between a worldwide financial crisis and demand in developing countries the Netbook was a sales success.

But no one liked selling these things. A friend of mine who sold laptops, hated selling netbooks. Profit margins were low. And that was true down the line. OEM's, Intel and Microsoft were making less per Netbook sold, and so the product was allowed to languish with only incremental improvements being made to the platform. I don't think users really enjoyed using them. I bought two, and never really liked either. The plan was, to eventually phase out netbooks and go back to selling higher priced laptops.

In 2010, Apple launched its iPad tablet. It came out at a price point close to what netbooks were sold for. Came with an operating system and software ecosystem built around the form factor. The iPads could play HD media and were good gaming platforms. For the consumer market, the iPad brought the capabilities consumers wanted from their Netbooks.

The OEM's, Intel and Microsoft probably regret they did not develop this segment more, all of whom have no significant market share in the tablet space.

Hence, Windows 8. The Windows 8 family is designed to take a share of the smartphone and tablet markets, with Windows phones, tablets and hybrid devices. This in turn would secure the future of Windows on the desktop. But that is a long term strategic move.

PC OEM's and Intel need a quick fix to shore up lagging PC sales. First came the Ultrabook, and now comes touch screen laptops. PC OEM's and Intel are hoping there new devices will convince prospective tablet buyers to buy a PC instead. They are also hoping that the new devices are exciting enough to make PC owners decide to upgrade their existing devices.

A few of these new devices have hit the Philippine market already. 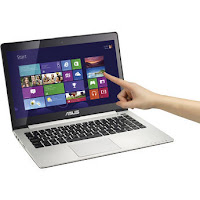 The Samsung NP-540U3C-A01PH brings full touchscreen functionality to its Ultrabook line. This 13.3-inch Core i5 laptop is priced at Php47,900, which will not make it a success in the Philippine market. It would appeal to a laptop owner looking to replace and existing laptop.

The other device, the Asus VivoBook X202e, is a more interesting device. Available in different configurations with a price range of Php20,990 to Php26,990, these 11.6-inch touchscreen laptops are priced low enough to compete with tablets, to be a second PC and items which a buyer might buy on impulse.

The question is does a touchscreen work well with the traditional laptop form factor? Using one for a bit, I found myself using the touchpad all the time. A fair number of laptop buyers still drag around a mouse, and maybe this will appeal to them. I just don't see it.

A Look at Windows 8 Part 3: The new "hybrid" devices