Around the Web - $600 Xoom, Angry Birds and people who hate phones 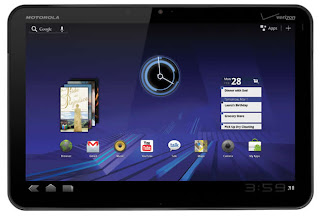 Motorola Xoom tablet at US$600. Red Herring reports that the WiFi only version Motorola Xoom, a 10-inch dual core Android tablet will be sold at US$600. This is a lot cheaper than the 3G (upgradeable to 4G) version which will  be sold at US$799. This places is at about the same prices as the 32GB WiFi only version of the iPad, which is sold in the Philippines for Php28,990. The WiFi only Xoom should be sold here for about the same price. At the price, the Xoom would appear to be the better deal. The price is a bit too high to gain wide acceptance though. 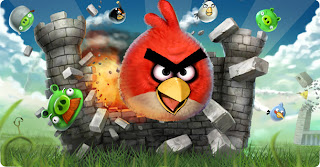 Angry Birds coming to Windows Phone 7. Pocket-lint reports that Rovio is working on Angry Birds for Windows Phone 7 as well as a 3D version.  No release date has been announced.
Device stress tests. GadgetStress.com is a website dedicated to, well destroying mobile phones. They drop, squeeze, bend and scratch mobile phones to see how well the they will survive in the real world. They subject the phones to extreme heat, expose them to dust, submerge them in water and beer, freeze them... they even put them in a drum with keys, coins and other things a spin it around at high speed.
They beat up an HTC Desire and gate it 59 out of 100 points. They put the reputedly indestructible Nokia N8 to the same test, and faired even worse garnering 53 out of 100 points. Apple's fragile looking iPhone 4, turned out to be nearly indestructible, getting 94 out of 100 points.
Posted by Unknown at 11:04 AM