7-inch tablets do appear to be “dead on arrival”

Steve Jobs said back in October 2010 when he described 7-inch tablets as “dead on arrival”, and that “this size isn’t sufficient to create great tablet apps.” It is starting to look like he might be correct. While my wife and I love the 7-inch Samsung Galaxy Tab, and I would really be interested in a 7-inch (or even smaller 6-inch) Apple iPad, it looks like 7-inch tablets are indeed “dead on arrival”.
First, Google's Android 3.0 (Honeycomb) appears to be made for larger screens. I am not sure if Google or a manufacturer will modify the Android 3.0 interface scale down to the smaller 7-inch screen, but if you click the image below and view the image on your 7-inch Android, it does not scale well. 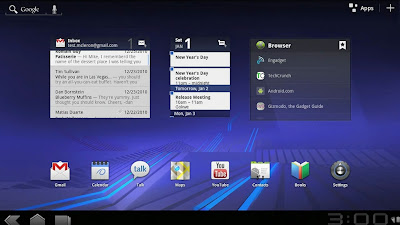