Techie.com.ph has some really good news. The Nokia Lumia 610 which has been listed as coming soon on Smart Communications website will not be a Smart exclusive. It will be coming to Globe Telecom too, as well as sold unlocked by local Nokia retailers. The Nokia Lumia 610 has a retail price of Euro189 before sales taxes, or about Php10,630 at the time of this writing. That should mean it can be sold for about Php12,000 after VAT. 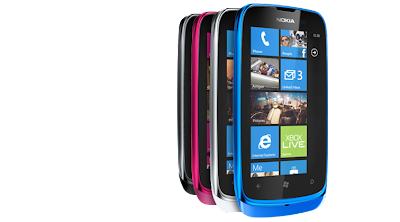 The lower price though comes at a cost in terms of specifications. The phone displays only 65,000 colors, as against the 16 million colors or 256,000 colors you see in current smartphones, with 65,000 colors being relegated to feature phone these days. The processor and amount of RAM is 20 percent and 50 percent less than Microsoft's original minimum design standards, which means that some Windows Phone 7 apps might not run on the Nokia Lumia 610.

The Nokia Lumia 610 is expected to be available before end of April 2012.