The Samsung i9300 Galaxy S III has the best hardware of any smartphone current announced, but Samsung spent as much time working on the phones software as its hardware to bring some value added and several innovative features to its new flagship phone. 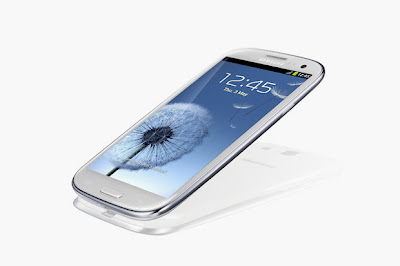 Samsung has partnered with Dropbox to bring 50 GB of Dropbox storage to the Samsung Galaxy S III. The 50 GB storage is free for two years. This is twice the Dropbox storage that HTC bundles with its One series phones.

Apple iOS users should already be familiar with Flipboard which collects information from websites and social networks. It is similar to Pulse News or Google Currents for Android but with the additional function of integrating social network feeds. Flipboard for Android is a Galaxy S III exclusive for the time being.

Samsung has added some new features to make you less dependent on looking at the phones screen on indicator lights and requiring less interaction with the touch screen. If you have any unread notifications, the Galaxy S III will vibrate when you pick it up.

Samsung also enhances the Google voices features with Samsung's S Voice. Google Android integrates voice features in every app that use a keyboard allowing you to speak rather than type text, make entries or ask questions. Several third party apps have expanded on Google's voice features, and now Samsung has one of their own.

S Voice, does not require the user to interact with the phone to activate. Simply say "Hi Galaxy" and the phone wakes up ready to take commands. This is nothing really now, Vlingo for Android already has the same feature, but we  would assume that S Voice being integrated with the hardware would be able to provide better functionality.

If you are communicating with someone via SMS and decide you want to speak to that person instead,  just place the phone to your ear and it will automatically dial the number of the person you were texting with.

I really have to see this in action. Samsung says it uses facial recognition with the camera to match people in your photos up with your contacts. It can than automatically tag pictures you upload to social networks or share photos via email by simply tapping on the face of the person in the photograph.

All the additional power of a quad-core processor on a phone is really useless without new apps to take advantage of the additional power. If you're watching a video and want to do something else, you can run video into a small window that floats in the foreground while allowing you to interact with a second app in the background. For example you can surf the web in a web browser while watching a video in a small windows. Given the 4.8-inch screen, you might see more "Windows" type multitasking on Android phones.

S Beam allows quick and easy sharing of files between other handsets equipped with S Beam. It is similar to Google's Android Beam feature, but can also use Wi-Fi Direct.

AllSharePlay lets you play media on TV's via Wi-Fi Direct. For TVs that don't support Wi-Fi Direct  Samsung is releasing a dongle that plugs into an HDMI port.  AllPlayCast duplicates the phone's screen on a TV. HTC announced a similar device for their phones and we do expect this to be a standard Android feature for all future phones. Basically, your LCD TV now becomes a monitor for your smartphone.