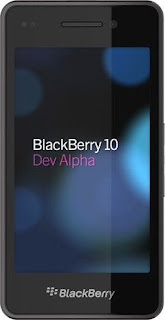 In other words, it does not seem like the time to make a big or long term investment in a BlackBerry.

So what will the future BlackBerrys look like? At BlackBerry World, RIM showed off a alpha unit which should be the basis for the next generation of BlackBerry's. The specifications confirmed so far are:

BlackBerry has also uploaded a preview of BlackBerry 10 on YouTube.


Don't imagine that this is some kind of concept phone that will never see the light of day. Two thousand of these units have been handed out to BlackBerry developers so that they can start preparing to develop apps for BlackBerry 10.

There is no word when the first BlackBerry 10 devices are set to be released, but we do expect them before the end of the year. Is this enough to convince you to wait for the new BlackBerry's rather than jump ship and go with an Android, Apple iPhone or Windows Phone device? RIM certainly hopes so, but it is starting to like a case of too little to late.