Caught in the Galaxy's ripple: Taking a second look at the HTC One X 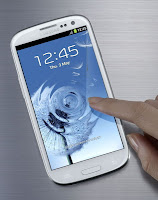 HTC announced the One X at the Mobile World Congress in February 2012. Samsung traditionally also announces its flagship phone at the same event. This year Samsung opted to wait till May 2012, when it launched its Galaxy S III.

If you are looking for a top of the line smartphone today, do you take the HTC One X now or wait for the Galaxy S III. This will require a bit of guessing. How long do you have to wait? How much will it cost?


Basically, if you want the SIII, we are guessing you only have to wait for a few more weeks, and it wont cost you more than a HTC One X today.

While The Galaxy S III is overall the better (unless some flaw is discovered) device, but there are a two good reasons why the One X is a better choice for some. 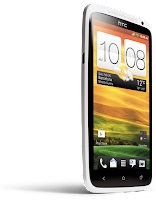 1. HTC Sense. HTC Sense is HTC's custom user interface for Android which is actually started using back with Windows Phone mobile. I am certain many HTC users, like myself would like to continue using the user interface and proprietary apps they are familiar with.

While many of Sense's strengths have been adopted by Android 4.0. One of the things that still cannot be matched is Sense's large array of widgets which have a common interface. When you customize your phone with widgets from third parties, they often look and operate differently. Having a set of widgets with a uniform look, and more importantly a uniform manner of operation adds significantly to the Android user experience.

Still, I feel like the Sense advantage is diminishing. When I tried a Google Nexus One two years ago, I decided I did not like vanilla Android. With the Google Galaxy Nexus, I could happily live with vanilla Android. There are actually some changes effected by Sense to Android 4.0, like multitasking and the app drawer where I think HTC should left things alone. Samsung own TouchWiz is improving too and the Galaxy S III in particular has many software enhancements.

2. Nvidia ULP GeForce GPU. Nvidia's Tegra 3 chipset has a 12-core ULP GeForce graphics processing unit is not necessarily the fastest around. It is fast enough, but emphasis is on the ability to display gaming console type quality graphics. Nvidia has several developers who have released and are creating Tegra optimize games, which display effects which only a the ULP GeForce GPU can handle.

Basically, the Tegra 3 system in the HTC One X is fast enough to keep you happy for the next two years. The Samsung Exynos 4 Quad does appear to be faster, but I doubt the difference will be that noticeable in the real world. If you do a bit of gaming, ULP GeForce graphics provide a better gaming experience than any other graphics processor on a mobile phone or tablet.

Ultimately, unless a better Tegra 3 phone shows up, this looks like the ultimated Android hand held gaming platform.


I do not run benchmarks. If a phone works it works. If it is fast, its fast. The that one may be a quarter second faster does not bother me.

Does the One X have any deal breakers?

On storage, it depends, if you need more the 25 GB (32 GB but only 25 GB is user accessible), the One X wont do. Me, I don't use much internal storage. I like my files in the cloud. If my phone is lost, stolen or becomes inoperative I lose nothing. A new phone and fifteen minutes, and I am back in business.
There is one area where Samsung Galaxy S III really got it really right and the HTC One X really gets it wrong. The biggest drawback of the One X is the non-user replaceable battery. It means that in a year or year and half when you inevitably have to replace the battery you have to take it to the service center, have them crack open your phone and replace the battery. This might also mean having to leave your phone at a service center for a day or two.

In the end, best is always a relative concept.
Posted by Unknown at 12:30 AM