Sony Xperia U now available in the Philippines

The Sony Xperia U is now available in the Philippine market. With a suggested retail price of Php13,990, I have found it on local shelves at Php12,990 with an official Sony Philippines warranty. 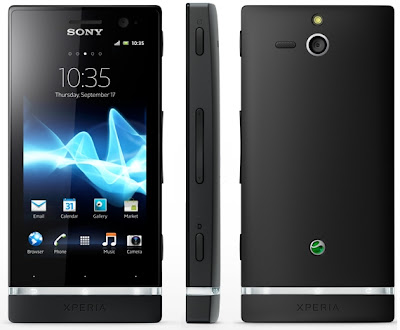 At this price with a dual core processor, it is very tempting. There are two things a buyer should note. One is that the internal storage is not expandable. I can live with 4GB since I store most my content in the cloud. I suspect many might find that not enough.

Second, while having a dual core processor, it only captures 720p video.  Video recording being limited to 720p is easy enough to accept at this price after all, it is competing with a bunch of single core phones which only do 720p video recording too.

Those looking at this phone will probably be looking at the HTC One V, which comes out of the box with Android 4.0, "Ice Cream Sandwich," has a larger 1500 mAh battery, expandable storage via a MicsoSD slot and 25 GB of Dropbox storage for two years. Though call between these two. Than you have the Huawei U8860 Honor with a large 4-inch display and a massive 1930 mAh battery, making the choice even tougher.

A very crowded mid-level is good for the consumer.